Tye Angland is an Australian Jockey 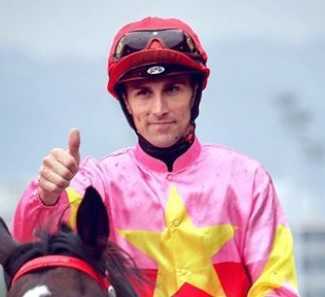 Tye Angland is an Australian Jockey. He was in the prime of his career when he met a horrific accident during a race at Sha Tin, China. After a series of surgeries performed in Australia, the doctors have stated that he might take quite time to recover and face a possible quadriplegic.

Bad news for Tye Angland and his followers, as hospital reports say he might face quadriplegic due to the spinal cord injury sustained during his race on 25 November in Sha Tin, Hong Kong, China. He fell and was speared headfirst into the ground after Go Beauty Go stumbled with him just after the start of the 9th race. He was transferred to Australia, where he spent about two weeks in the ICU at the Prince of Wales Hospital. He has undergone a series of surgeries since the accident.

The Australian Jockeys’ Association provided an update about his condition.

“Tye’s doctors advise the long-term prognosis for injuries of this nature are always hard to diagnose in the early stages. However, there remains a likelihood of Tye’s outcome being a quadriplegic,”.

They stated Angland fractured and dislocated his spine. The doctors have predicted the outcome of his injury might lead to Angland’s being a quadriplegic in the future.

Angland’s wife Erin, and their children have expressed their gratitude to everyone for the support they have received and have also requested their privacy deal in this difficult situation.

Tye Angland was born on 16 July 1989. He was born in Sydney, Australia. He holds Australian nationality. Information about his parents is currently unavailable. His zodiac sign is Cancer. He follows Christianity. He belongs to the white ethnicity. He is a high school graduate.

The career of Tye Angland

From 2010 to 2014, Tye Angland spent almost four years in Hong Kong, China. He has defeated 140 Hong Kong winner in his jockeying career. He is an 11-time Group One winner. He won the Spring Champion Stakes in 2017. He also won the Victoria Derby on Ace High in the same year. He achieved the 995th win of his career on Follow Me at Sha Tin.

He met a horrific accident during a race in Sha Tin, where he injured his spinal cord. Doctors have undergone a series of surgeries and predicted that he might face quadriplegic in the future.

Tye Angland is a married man. He tied a knot with Erin Angland, a homemaker. The couple is blessed with three children named Alexis, Addison, and Rylan Angland. He lives in Sydney, Australia.

Net Worth of Tye Angland

Our contents are created by fans, if you have any problems of Tye Angland Net Worth, Salary, Relationship Status, Married Date, Age, Height, Ethnicity, Nationality, Weight, mail us at [email protected]