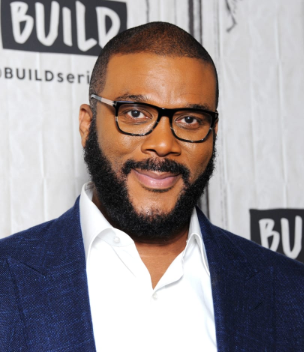 An American actor, director, writer, and producer, Tyler Perry is known for creating and portraying the fictional character Mabel “Madea” Simmons. He is also a comedian and author. He has built a reputation as one of the most successful creative artists in Hollywood today and among the most financially successful directors at present. Also, he has won are 2 BET Comedy Awards in the category of Outstanding Actor in a Theatrical Film and Outstanding Writing for Theatrical Film. Let’s know more about him through this article.

What is Tyler Perry famous for?

When was Tyler Perry born?

Recalling his early life, Tyler was born in New Orleans, Louisiana, the U.S. to his parents in the year 1969. Currently, he aged 50 years old. His parents are Emmitt Perry, Sr. and Willie Maxine Campbell. His father worked as a carpenter while his mother is a pre-school teacher. He raised along with his three siblings named Emmbre Perry, Yulanda Wilkins, and Melva Porter.

Similarly, he is of American nationality and belongs to Afro-American ethnicity. His birth sign is Virgo and his religious views are Christianity. While growing up, the father abused him physically by beating him up badly which he would turn to the church to seek peace and refuge.

For education, he didn’t complete his school education as he dropped out of high school early. However, he did manage to earn GED (General Educational Development), which is an equivalent of high school graduation.

How Tyler Perry become a director?

What are the achievements of Tyler Perry?

Who is Tyler Perry married to?

Reflecting on his personal life, Tyler has never been married but has a relationship with the Ethiopian model Gelila Bekele since 2009. Together, the couple blessed a son named Aman Tyler Perry in November 2014. Presently, the couple lives blissfully with her partner and their child.

Previously, he also rumored to be dating Tyra Banks. They often have seen in dinner and several occasions. However, they said that they are just friends.

How much is Tyler Perry worth?

Being an actor, producer, and director, Tyler has an impressive amount of money and fame through her profession in the field of the entertainment industry. Based on some online sites, his estimated net worth said to be $600 million and his salary is somewhere around $80 Million at present. He also endorsed “Oprah Winfrey Network” and has been seen in a commercial on Feeding America, and others. Further, his assets details are yet to be disclosed.

How tall is Tyler Perry?

Observing his body physics, Tyler stands a height of 6 feet 5 inches and weighs around 102 Kg. Similarly, he has a pair of dark brown eyes and black hair color. Further, his chest, waist, and biceps sizes are  45-36-15.5 inches respectively.

Our contents are created by fans, if you have any problems of Tyler Perry Net Worth, Salary, Relationship Status, Married Date, Age, Height, Ethnicity, Nationality, Weight, mail us at [email protected]