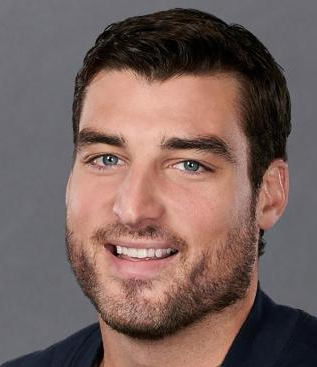 29-Years, Tylor Gwozdz was a television personality who was famous for his appearance in the Season 15’s The Bachelorette. Recently, he died from a possible drug overdose on 23rd January 2020. A 911 call revealed a woman was desperatedly trying to find Narcan, which is used to help reverse on opioid overdose. He stayed in the hospital for a week where he was in critical but stable condition. He was filmed in the spring of 2019 and aired throughout the summer. He was the person Hannah Brown she chose to go on her very first one-on-one date with. At the end of the date, he was given a rose. However, he was eliminated during the show’s third episode. As of July 2019, he was working as the Director of Sales at Deep Bay Spirits in Nashville, Tennessee. He previously worked in marketing and sales for SpikedSeltzer and was actually the first salesman to work for the brand when it launched in 2014. He helped launch the drink in Nashville, and continued to work for the company after it was bought by Anheuser-Busch in 2016. Under Anheuser-Busch, he helped launch SpikedSeltzer in more states throughout the country.

Tyler Gwozdz, a former contestant on “The Bachelorette,” has died at the age of 29, the show’s producers said Thursday. He appeared in Season 15 of the ABC show last year, competing for star Hannah Brown. “We are heartbroken to hear the tragic news of Tyler’s passing today. Our thoughts are with the Gwozdz family and his friends,” the show’s producers said in a statement. He was the eldest of five siblings, “a loving son and a friend to many,” the producers said. He was an entrepreneur who was planning to become a psychologist and had “an adventurous spirit and a zest for life.”

What was the Cause of Death of Tylor Gwozdz?

TMZ first reported Tyler’s death on 23rd January 2020. The Medical Examiner’s Office database states Gwozdz died on Wednesday, 22nd January 2020. The investigation of his death began shortly after 10:30 a.m. Jan. 13 when a woman called 911 and told a dispatcher that Gwozdz had locked himself in a bathroom in her home amid a possible overdose of heroin.

Where was Tylor Gwozdz born?

In the year 1991, Taylor Gwozdz was born in Boca Raton, Florida, in the USA. His nationality was American and he held White ethnicity. He was 29 years old at the time of his death. There is no information regarding his parents. He has four siblings named Isabelle, Owen, Patrick, and Ava. xGwozdz completed his undergraduate education at Trinity College in Hartford, where he received his Bachelor’s Degree in Economics. In his Bachelorette bio, Tyler said that his life goal is to get his Ph.D. and eventually become a clinical psychologist.

Taylor was not married yet. He was assumed to be single at the time of his death as there are no rumors about his dating anyone. His sexual orientation was straight and he was not gay. He was living a happy life prior to his death. He was the person Hannah Brown she chose to go on her very first one-on-one date with in The Bachelorette.

What was the Net Worth of Tylor Gwozdz?

The net worth of this famous television personality is believed to have $710K as of 2020. His exact salary has not been revealed by any sources yet but it will be added once we get information about it. He was living a luxurious lifestyle from his earnings prior to his death.

How tall was Tylor Gwozdz?

Taylor Gwozdz was a handsome hunk. He got an athletic body build with a charming and attractive personality. He had a tall height of five feet ten inches with a balanced body weight of 78 Kg. His other body measurements had not been revealed by any sources yet but it will be added once we get information about it.

Our contents are created by fans, if you have any problems of Tylor Gwozdz Net Worth, Salary, Relationship Status, Married Date, Age, Height, Ethnicity, Nationality, Weight, mail us at [email protected]