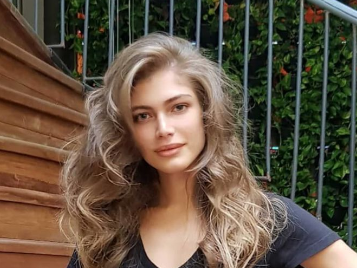 Hope for every model, Valentina Sampaio is a success-story personified. The Brazilian personality started as a model from humble beginnings amid adversities being a transgender woman. However, Sampaio never gave up on her dreams and worked with perseverance. As a result, she skyrocketed to fame being the first transgender woman ever to walk for the giant lingerie company, Victoria’s Secret. Here is everything you can find about the model.

On August 5, 2019, it was confirmed that Victoria’s Secret had hired model Valentina Sampaio for a campaign, to be released in mid-August, for its PINK line. Valentina’s agent, Erio Zanon, confirmed the news to CNN.

Valentina’s manager Erio Zanon told E! News that the campaign is “amazing and groundbreaking…She is super happy and proud to represent all her community.” He continued, “She hopes this opportunity shall be another step to break barriers.”

On August 2, she posted a video of herself with the caption “Never stop dreaming genteel” and hashtags including #staytuned, #vspink, and #diversity.

After Valentina posted her Instagram from the campaign shoot, transgender actress Laverne Cox wrote, “Wow finally!” Victoria’s Secret Angel Lais Ribeiro, a fellow Brazilian, commented with five clapping emojis and also tweeted: “The first transgender to shoot with Vs! This makes me so happy!”

Where is Valentina Sampaio born?

Recalling her early life, Valentina was born as a male in the city of Aquiraz, Ceara. She belongs to the birth sign Sagittarius and holds Brazilian nationality and mixed ethnicity.

However, Valentina’s parents’ identity remains confined. But, she has disclosed that her mother works as a teacher and her father works as a fisherman. Raised in the fishing village, she found herself being intimidated by girly things. So much so, that her mother took her to a psychologist when she was at the age of 8. In the interview with Dailymail, she detailed, ‘At age eight, my mother took me to a psychologist. At that time, I already loved being around girls. I felt like one of them, and I had a collection of dolls,’

Eventually, at the age of 10, she changed her name to Valentina. Sampaio initially studied architecture in Fortaleza, but she dropped out at 16 to study at a fashion college. Apart from her supportive parents in her family, she also has a younger sister.

When did Valentina Sampaio pursue her career as a model?

Is Valentina Sampaio dating someone?

Reflecting on her personal life, Valentina Sampaio is a Brazilian Transgender model, who is enjoying her life by developing her career. Whereas speaking about her dating life, she is single at the moment. There is not a single record available regarding her past and present affairs. She seems to be happy with her single life.

How much net worth does Valentina Sampaio own?

The 22-year-old model has worked in several modeling industries within a short time. Not only has she earned attention but, has collected net worth over thousands of dollar from her profession.

As per online sites, her estimated net worth said to be $1.2 million as of 2019. However, her salary is yet to be revealed.

How tall is Valentina Sampaio?

Observing her body physics, Valentina Sampaio stands a height of 5 feet 10 inches tall and weighs around 55 kg. She has a slim body with body measurements of 33-25-34 inches and her bra size is 32A. Similarly, She has a pair of green eyes and brown hair color. Further, she used to wear 2 (US) size of dress and 10 (US) size of shoes.

Our contents are created by fans, if you have any problems of Valentina Sampaio Net Worth, Salary, Relationship Status, Married Date, Age, Height, Ethnicity, Nationality, Weight, mail us at [email protected]