Vanessa Ponce de Leon is a Mexican model and a beauty queen who is the current Miss Mexico 2018 and was recently crowned the Miss World 2018 title as well. 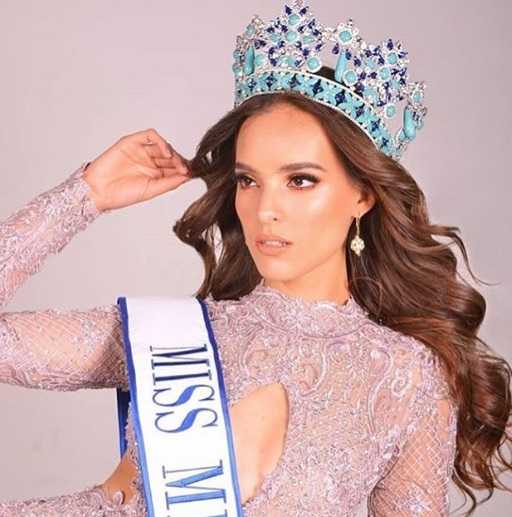 Vanessa Ponce was born as Vanessa Ponce de Leon on 7 March 1992. Her birthplace is Guanajuato City of Guanajuato in Mexico. She grew up in Mexico City. She holds Mexican nationality and belongs to a Hispanic race. Her zodiac sign is Pisces. She has completed her studies in International Business.

Vanessa Ponce has a keen interest to pursue her career in modeling.

She began her professional career as a contestant on the fifth season of Mexico’s Next Top Model in 2014. In the end, Vanessa finished the competition as the winner.

She modeled for several agencies. She participated in the 2018 Miss World Mexico beauty pageant.  The beauty pageant event was held at Saon Imperial de Villa Toscana on 5 May 2018.

As a reigning Miss World Mexico 2018, she has involved herself in several social works. She works as a volunteer for Migrantes en el Camino. She is also one of the members of Board of Directors of Rehab Center in Mexico.

Any information about her relationship status is not known to date. According to her Instagram, she is reportedly single.

Vanessa Ponce stands 1.74 m i.e. 5 feet and 9 inches tall. She has a slim body. She has maintained her body perfectly well. She has brown colored hair. Her eye color is black. Information regarding her body measurements and other information will be updated soon.

Net Worth of Vanessa Ponce

There is no information about her earning on any news sites. It will be updated soon.

Our contents are created by fans, if you have any problems of Vanessa Ponce Net Worth, Salary, Relationship Status, Married Date, Age, Height, Ethnicity, Nationality, Weight, mail us at [email protected]