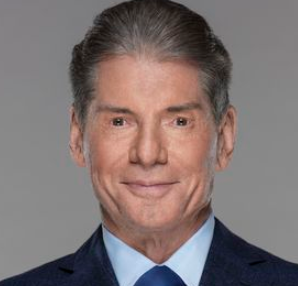 Vince McMahon is an American professional wrestling promoter and executive, American football executive, and billionaire businessman. He is the majority owner, chairman, and CEO of WWE, and the founder and owner of Alpha Entertainment, which is the holding company of the XFL, an American football league. Moreover, he has also served as an announcer and professional wrestler in WWE-using a gimmick known by the ring name Mr. McMahon. He is a two-time world champion, having won the WWF Championship in 1999 and the ECW World Championship in 2007. He headlined multiple WWF/WWE pay-per-view events from 1999 to 2000 and participated in the main event of WrestleMania 2000 as a cornerman for The Rock. Overall, he is a very talented person.

Vince McMahon has been appointed an economic advisor to Donald Trump

U.S. President Donald Trump has this week enrolled WWE owner, chairman, and former part-time wrestler Vince McMahon as one of his advisers to reopen the nation’s economy. McMahon is one of several “key” figures from a number of industries that include sport, agriculture, banking, retail, and technology, announced as members of the Great American Economic Revival Industry Group. WWE has been running their weekly shows, including RAW, SmackDown! and NXT, from their Performance Center, as well as hosting WrestleMania over two nights in front of no fans. Big names will form this stable, including Amazon owner Jeff Bezos, Tesla owner Elon Musk, Apple CEO Tim Cook amongst many others including Mark Zuckerberg and Dana White. American sports franchises haven’t avoided membership, as Trump had announced chiefs from the NBA, NFL, MLB that were part of the group whilst New England Patriots owner Robert Kraft was also named. Trump has yet to reveal which members will take on certain roles and what those roles will wholly entail. During the press briefing, Trump revealed the importance of sports following the COVID-19 outbreak.

What is the birthplace of Vince McMahon?

Vince McMahon was born on 24th August 1945 as Vincent Kennedy McMahon in Pinehurst, North Carolina, the USA; his birthplace. As of 2019, he celebrated his 74th birthday. He is of American nationality. His ethnicity is white. He was born to Vince McMahon Sr. and Vicky Askew. His father was also indulged and involved with the wrestling. His birth sign is Virgo. He completed his high schooling from Military school. After his graduation from Military school, he attended East Carolina University and earned a degree in Business Management. After his graduation, he followed the footsteps of his father. In the late 1980s, he acquired the company of his father. His religion is Christian.

How was Vince McMahon’s career?

Who is Vince McMahon’s Wife?

Vince McMahon is a married person. His personal life is as perfect as his career. He married Linda McMahon on 26th August 1966. They wedded in New Bern, North Carolina. Since the date he got married to Linda, the couple has been living happily together. As of now, there are no difficulties in his personal life. They shared the strong love and affectionate with each other. They set a perfect example of how to carry a marital relationship for a long time. He has two children, a son, and a daughter. His daughter Stephanie McMahon was born on 24th September 1976. Stephanie is a successful businesswoman, also the professional wrestler and chief brand officer of WWE. She is a wife of the popular wrestler “Triple H”. His son Shane McMahon is also a successful business person. At present, he is serving as a commissioner of SmackDown live. He has six grandchildren from his children. He is Straight by sexual orientation.

What is the Net Worth of Vince McMahon?

Vince is an American professional wrestling promoter and executive, American football executive, and billionaire businessman. He is highly acclaimed for his remarkable performance and outstanding contribution to the wrestling. As of March 2020, his net worth is estimated to have $1.7 Billion. Whereas his exact salary is under review and it will be added soon. He is living a luxurious lifestyle as of now.

How tall is Vince McMahon?

Vince McMahon is a very handsome person. Being at the age of 74, he still looks young with a strong body build. He has got a tall height of 6 ft 2 in. His body weight consists of 112 Kg. His biceps size is 19 in. His eye color is hazel and his hair color is light brown. His chest size is 48 in and his waist size is 36 in. Overall, he has got a healthy body with a charming persona.

Our contents are created by fans, if you have any problems of Vince McMahon Net Worth, Salary, Relationship Status, Married Date, Age, Height, Ethnicity, Nationality, Weight, mail us at [email protected]