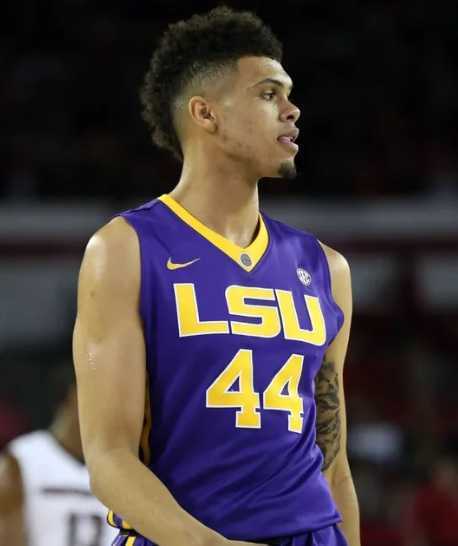 Wayde Sims was an American basketball player. He played in the forward position. He was playing for the LSU Tigers men’s basketball team at the Louisiana State University. He was shot and killed on 28 September 2018 outside a Subway eatery across from Southern’s A.W. Mumford Stadium in Baton Rouge, Louisiana. He was 20 years old when he died.

LSU’s forward Wayde Sims was shot and killed during an altercation on the night of September 2018. The death of the LSU forward who played only 2 years for the LSU Tigers devasted everyone who knew him. It has been six months since the incident occurred.

Wayde Sims was born on 13 December 1997. He was born to a father, Wayne Sims, and a mother, Fay Sims. His birthplace was in Winter Park, Florida in the United States. He held American nationality. He belonged to the Black ethnicity. His religion was Christian.

He attended Louisiana State University, where he played college basketball for the LSU Tigers. He chose LSU because he wanted to stay close to home. He was studying Kinesiology major. His favorite professional basketball player was LeBron James. He supported the Cleveland Cavaliers of the NBA.

He was named 2014-15 Louisiana Gatorade Player of the Year.

He was named to First Team All-State selection.

He was named the Most Outstanding Player at the LHSAA Top 28 two times.

He committed to play for the LSU Tigers at the Louisiana State University.

He scored 15 points against Texas A&M.

In his sophomore year at LSU, he played in 32 games including 10 starts.

He scored career-high 16 points in 30 minutes against Vanderbilt.

On 28 September 2018, Around 12.25 am, he was shot and killed outside a Subway sandwich shop at 668 Harding Boulevard located across from Southern’s A.W. Mumford Stadium in Baton Rouge, Louisiana. He was shot during a brawl including several young men. They were seen throwing punches at each other. Suddenly, he was shot and he fell to the ground faced down. The other people involved in the fight ran away. He was rushed immediately to the hospital, where he died due to the gunshot wound.

Baton Rouge police arrested 20-year old Dyson Simpson for the murder. He was charged with second-degree murder. He is awaiting trial.

What were Wayde Sims’ Body Measurements?

Our contents are created by fans, if you have any problems of Wayde Sims Net Worth, Salary, Relationship Status, Married Date, Age, Height, Ethnicity, Nationality, Weight, mail us at [email protected]