Will Poulter is a popular English actor 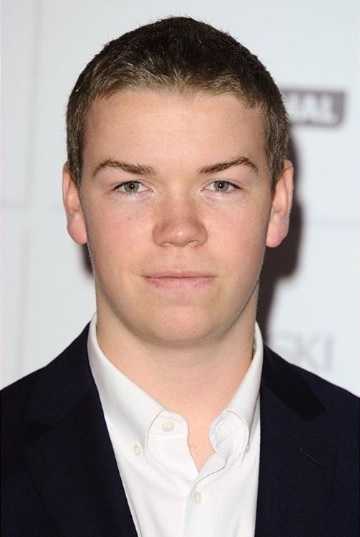 Facts of Will Poulter

He appeared with Jack Harries in a video, Jack and Will on Harries’s YouTube channel, JacksGap.

The 25-years old Black Mirror: Bandersnatch star and a BAFTA award winner, Will Poulter has announced to step down from Twitter following his mental health issues. He announced on his Twitter account that he needs to avoid all the negative responses he has received recently.

He shared two pictures of long notes, which wrote,

“In light of my recent experiences, I am choosing to take a step back, of sorts, from Twitter.”

He thanked those who watched Bandersnatch writing,

“I’d like to say a heartfelt thank you to everybody who has watched Bandersnatch and for their responses (whatever they may be) to the material we created. I accept all criticisms and it’s been a delight to learn that so many of you enjoyed what many people worked very hard to produce!”

He added, “As we all know, there is a balance to be struck in our engagements with social media. There are positives to enjoy and inevitable negatives that are best avoided. It’s a balance that I have struggled with for a while now and in the interest of my mental health I feel the time has come to change my relationship with social media.”

He further added, “I don’t want to appear unappreciative of all the amazing support I have received online for which I am genuinely so grateful, nor do I want my disengagement with social media to be at the expense of any of the organizations I am lucky to work with. So I will still be occasionally for and with @AntiBullyingPro @leap..cc @MayMeasure and @bptcompany among others.”.

He then wrote, “I am privileged to have this platform. I hope that this shift to reduce my personal expression and increase the focus on issues that matter will result in a better outcome for everyone.”

He finally wrote, “This is not the end. Consider it an alternative path With Love, Will”.

Early Life of Will Poulter

Will Poulter was born on 26 January 1993. His birth name is William Jack Poulter. Neil Poulter is his father and Caroline Poulter is his mother. He was born in Hammersmith, London. He holds British nationality. His mother was raised in an Anglo family in Kenya. There, his father was a game warden. He has three siblings, a brother, and two sisters. He belongs to the white ethnicity. His zodiac sign is Aquarius.

The career of Will Poulter

He started his acting career playing various acting roles before 2007.

In 2007, he landed the lead role of Lee Carter in the film, Son of Rambow.

Poulter and his co-star Bil Milner received praise for their performance in Son of Rambow.

He has also performed with other young comedic actors in the School of Comedy.

School of Comedy was commissioned for a full series by Channel 4 and finished after a second series.

Poulter’s performance in the 2010 movie The Chronicles of Narnia: The Voyage of the Dawn Treader also earned him positive responses from the viewers.

His other recognizable movies are The Maze Runner, The Revenant, Detroit, Glassland, and Black Mirror: Bandersnatch. He has won an MTV award for his role in the 2014 movie The Maze Runner.

He reprised his role in Maze Runner: The Death Cure, the third and final installment of the Maze Runner series.

Other movies he has appeared in are Plastic, Wild Bill, War Machine, The Little Stranger.

His upcoming movie is Midsommer, scheduled to release in 2019.

In 2014, he was chosen as one of 23 upcoming actors to feature in July’s Issue of Vanity Fair. All 23 actors were named “Hollywood’s Next Wave”.

Personal Life of Will Poulter

No Rumors regarding his affairs have surfaced yet. The 25-years old aspiring actor has managed his personal life away from life light.

He announced via Twitter on 3 January 2019 that he would be taking a break from social media to benefit from his mental health. He also admitted that he struggled to acknowledge criticism and expressed gratitude to his fans.

He lives in the Chiswick neighborhood of West London at present.

Body Measurements of Will Poulter

Net Worth of Will Poulter

As of 2018, the net worth of a 25-years old actor is estimated at around $5 million. He is one of the aspiring actors.

Our contents are created by fans, if you have any problems of Will Poulter Net Worth, Salary, Relationship Status, Married Date, Age, Height, Ethnicity, Nationality, Weight, mail us at [email protected]