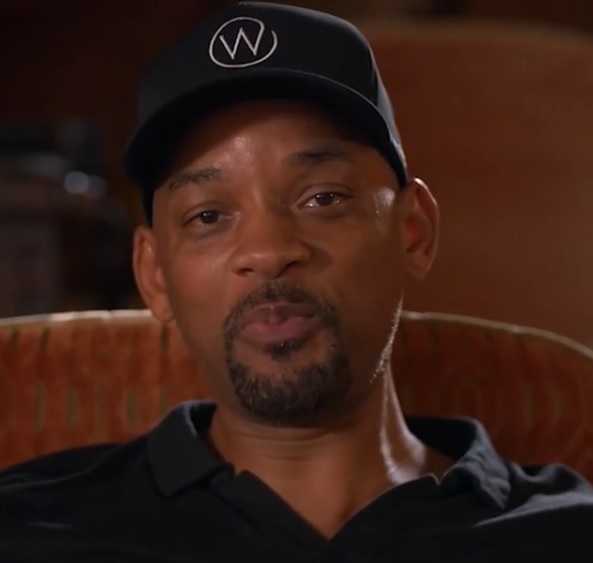 Facts of Will Smith

Williard Carroll Smith Jr. popularly known as Will Smith is an American actor, producer, comedian, rapper, and a songwriter. Smith is considered one of the versatile public figures in the entertainment business. Newsweek called him “the most powerful actor in Hollywood” in April 2007. The pursuit of Happiness star has been nominated for five Golden Globe Awards, two Academy Awards, and has won four Grammy Awards till the date. Forbes has ranked Smith as the most bankable star worldwide. All the movies, he has had leading roles, has collected worldwide gross earnings of over $100 million each. His films have grossed $7.5 billion at the global box office.

One of the favorite Hollywood actors, Will Smith has marked his 50th birthday in a special way. Born on September 25, 1968, the 50-year old turned actor has bungee jumped out of a helicopter over the Grand Canyon for his 50th birthday. His family, friends and many fans watched him jump from the helicopter. Will has also shared the moment on his YouTube channel titled “Will Smith: The Jump”. Will seems little scared before the jump. He said, “Never look down!”. Once he jumps into the Canyon, Smith screams “Oh my God, this is gorgeous, this is gorgeous”. He cherishes the moment as one of the best experiences in his life. A normal bungee jump isn’t even everyone’s cup of tea. Doing a bungee jump attached to a flying helicopter was already scarier than it sounds. It all started when Yes Theory on YouTube challenged Will Smith to bungee from a helicopter into the Grand Canyon. Smith accepted the challenge and made a promise to Yes Theory and his fans that he would bungee jump out of a helicopter on his 50th birthday.

Will Smith was born to a father Willard Carroll Smith Sr. and a mother Caroline (Bright) on September 25, 1969, in Philadelphia, Pennsylvania, United States. His father Smith Sr (died: November 7, 2016) was a U.S Air Force veteran and refrigeration engineer, whereas his mother Caroline, a Philadelphia school board administrator. Smith grew up in West Philadephia’s Wynnefield neighborhood. He was raised Baptist. Smith has an elder sister named Pamela and two younger siblings, twins Harry and Ellen. Smith went to a private Catholic elementary school, Our Lady of Lourdes in Philadelphia. At the age of 13, his parents separated and divorced only in 2000. Smith attended Overbrook High School. It is reported that Smith turned down the scholarship from Massachusetts Institute of Technology (MIT) because he had a keen interest of rap growing inside him.

Smith already started pursuing his career as a rapper while he was studying at high school. Thus, Smith started as the MC of the hip-hop duo DJ Jazzy Jeff & The Fresh Prince, with his childhood friend Jeffrey “DJ Jazzy Jeff” Townes. Townes was a turntablist and a producer then. Smith and Townes met each other in 1985 at a house party. The two joined forces and recruited beatboxer Clarence Holmes into their team. The trio released their first single titled Girls Ain’t Nothing but Trouble” in late 1985 to 1986. The single became a hit a month before Smith’s graduation from high school.
The duo, Townes and Smith released their first album, Rock the House on Word Up in 1986 and debuted on Jive in March of 1987. For “Parents Just Don’t Understand”, their group received the first Grammy Award for Best Rap Performance in 1989. They won their second Grammy for their most successful single, “Summertime” in 1991. The duo is still friends and both claims that they never split up. Will Smith nearly went bankrupt in 1990, when the Internal Revenue Service assessed a $2.8 million tax debt against Smith. They even took many of Smiths possessions and garnished his income. Following his bankruptcy, the NBC television network signed Smith to built a sitcom The Fresh Prince of Bel-Air. The sitcom reflected the story around him. The show went successful and began his acting career. Smith even set a goal for himself of becoming “the biggest movie start in the world”.

Smith got his first major roles in the drama Six Degrees of Separation (1993). Smith made his film debut as the main role character in the action film Bad Boys in 1995. The movie became commercially successful. Smith also appeared in its sequel, Bad Boys II in 2003. Smith’s part in Independence Day 1996 established Smith as a prime box office draw, when the film became massive blockbuster becoming the second highest-highest film in history at the time. Smith carried on his successful career when Smith starred alongside Tomme Lee Jones, Men in Black became the year’s third highest-grossing film. Later, Smith also featured in the sequel, Men in Black II (2002) and Men in Black III (2012). The theme song for the film “Men in Black” was the beginning of Smith’s solo career. Smith’s first debut solo album was Big Willie Style released in 1997. Both the album and his movie earned Smith quite a recognition. His second album Willennium was another hit from Smith in 1999. The album reached number five on the Billboard 200 and was certified double platinum by the RIAA. Smith was nominated for the Academy Award for Best Actor and the Golden Globe Award for Best Actor-Motion Picture Drama for his role portraying the heavyweight boxer Muhammad Ali in the 2001 biopic Ali. Following a four year break from the music career, Smith returned with his third album Born to Reigh in 2002. The same year, Smith released his first compilation album Greatest Hits, featuring songs from his three solo albums as well as those produced with DJ Jazzy Jeff. Smith released his latest album Lost and Found in 2005.
One of the most praised movie by Smith was a biographical drama The Pursuit of Happyness released in 2006. Smith portrayed the role of Chris Gardner along with his son Jaden. Smith was honored at Grauman’s Chinese Theatre on Hollywood Boulevard on December 10, 2007. Smith left an imprint of his hands and feet outside the world-famous theatre in front of many fans. Smith starred I Am Legend opening became the largest ever for a film released in the United States during December 2007. TV Guide reported that Smith was selected as one of America’s top ten most fascinating people of 2008 for a Barbara Walters ABC special that aired on December 4, 2008.
Smith and his son, Jaden starred film After Earth became one of the unsuccessful movies at the domestic box office. Smith even stated “the most painful failure in my career”. Smith starred as Nicky Spurgeon in the romance drama Focus, and as Dr. Bennet Omalu in Concussion in 2015. Smith chose to play Deadshot in the supervillain team-up action film Suicide Squad over a role in Independence Day: Resurgence in 2016. The same year, Smith starred in drama film Collateral Beauty directed by David Frankel. Smith’s father was diagnosed with cancer weeks after signing Collateral Beauty. His father died the same year and called the movie experience “a beautiful way to prepare for a movie and an even more majestic way to say goodbye to my father”.
The most expensive film for Netflix till the date, Bright was released via Netflix on December 22, 2017. The movie was an urban fantasy crime about two cops from the Los Angeles Police Department.

Smith launched his own YouTube channel in December 2017. As of September 2018, he has already gained over 3.4 million subscribers and over 32 million total views. His video titled “Facing my Biggest Fear”, uploaded in March 2018 became his biggest YouTube video so far, with 2.1 million views.
The 50-year old actor Smith performed the official song “Live It Up” alongside American singer Nicky Jam and Kosovar singer Era Istrefi at the closing ceremony of the 2018 FIFA World Cup in Russia.

Smith voiced Spies in Disguise is scheduled to release on January 18, 2019. Smith will portray The Genie in 2019 film Aladdin, and as an assassin in 2019 film Gemini Man.

Smith has bagged lots of awards through his musical career. Smith, for his musical career, has won four Grammys out of eight nominations, four World Music Awards, six American Music awards out of seven nominations, five Moonmen out of twenty-two nominations at MTV Video Music Awards.
Significance to his film career, Smith has been nominated for Oscars twice, Golden Globe Awards five times, and won various other awards in different categories.

In 1992, Smith tied a knot with Sheree Zampino. They had a son together named Willard Carrol “Trey” Smith III. The couple did not remain married for more than three years. They split up in 1995. Two years later, Smith married “The Pursuit of Happiness” co-star Jada Koren Pinkett in 1997. They have two children, Jaden Christopher Syre Smith, and Willow Camille Reigh Smith. His first son Trey appeared in his father’s music video, “Just the Two of Us”, Jaden appeared in “The Pursuit of Happiness” along with his later mother, and Willow appeared as his daughter in the film I Am Legend. The 6 ft, 2 in tall Smith stated in 2012 that he supported legalizing same-sex marriage. He has a dark brown eye and black hair.
At present, Smith lives in Los Angeles, California with his family.

Will Smith’s Net Worth

Smith is an actor, producer, and a rapper. He is one of the most bankable actors in Hollywood. Smith earns at least $40 million from his various endeavors every year. Smith is one of the highest paid and richest actors in the world. As of 2018, the net worth of Will Smith is estimated at #300 million. Smith and his brother Harry have established their own company named, Treyball Development Inc. The company is a Beverly Hills-based company named after his son Trey.

Our contents are created by fans, if you have any problems of Will Smith Net Worth, Salary, Relationship Status, Married Date, Age, Height, Ethnicity, Nationality, Weight, mail us at [email protected]