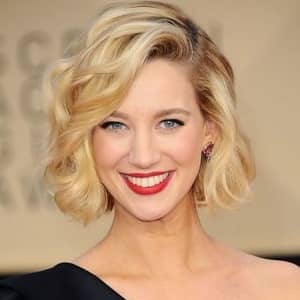 Yael Grobglas is a Tel Aviv and Los Angeles based actress from Israel. She gained her international fame after starring in Jane the Virgin as the role of Petra Solano and Anzeka.

Where is Yael Grobglas from?

Yael Grobglas came to this world on the 31st of May 1984, in Paris, France. She is Israeli by nationality and is currently 36 years old. She was born as the daughter to parents Jeane Pierre Groblas, Eva Groblas, and is from Polish-Jewish decent.

Yael was just two years old when her family moved to Ra’anana, Israel. Besides this, details regarding her siblings and childhood are still under review. Growing up, Yael studied and perform in professional dance and ballet groups due to her passion for performing arts. Academically, there is no record on her educational history or the institute she attended either.

How did Yael Grobglas build her career?

As an early teenager, Yael Grobglas studied different forms of dance and performed in a professional dance group as well. Before time, she used to work as a model and eventually turned into an actress.

She made her first breakthrough when she was cast in the Israeli sci-fi series, Ha’Yi (“The Island”), which eventually made her popular among Israel’s young audiences. During that time, she was enrolled in a full-time three-year acting program at the Yoram Loewenstein Performing Arts Studio. In 2010, she made her international recognition when she was starred in the first Israeli horror film Rabie. The series was followed by a part of the main cast of the Israeli sitcom Ha-Shualim and as the role of Linda Christie in a Beersheba Theater adaptation of Play It Again, Sam.

In the year 2013, Grobglas starred as an America Singer in the CW’s The Selection pilot. The series was described as a cross between The Bachelor and The Hunger Games, but it was ultimately not picked up to series. Following the same year, she started to cast as the recurring role of Olivia D’Amencourt in the CW’s series Reign.

It was the time when she started gaining her international limelight. And just a year later, she landed her famous role of Petra Solano, one of the main characters on the CW’s Jane the Virgin. Yael portrayed her character from 2014 to 2019 with a total of 79 episodes. Next year, she starred along Yon Tumarkin and Danielle Jadelyn in JeruZalem, an English-language Israeli horror film.

What is the Net Worth of Yael Grobglas?

As of the year 2020, Yael Grobglas is able to bag a total net worth of $3 million. She has made a fortune out of her career as a professional actress and model. However, she hasn’t made her official earnings available to the public domain yet. According to several reports, she earns most of her income through her on-screen performances and off-screen brand endorsements and sponsorships.

Referring to the dating life of Yael, she is currently married to Israeli businessman Artem Kroupenev. Artem Kroupenev also happens to be her high school sweetheart. It was the date of September 22, 2019, when Grobglas announced on Instagram that she was expecting her first child. Similarly, in January of 2020, she announced that she had given birth to a baby girl, Arielle. Besides this, there is no information on her past relationships or any sort of rumors and controversies that can link to her name.

For her physical appearance, she stands tall with a height of 5 feet 7 inches and weighs about 52 kilograms. Similarly, she has stated that her body measurements are 34-24-35 inches and mentions wearing a bra size of 32B and a shoe size of 8(US). Moreover, her body features of blonde hair and a pair of beautiful hazel eyes.

Our contents are created by fans, if you have any problems of Yael Grobglas Net Worth, Salary, Relationship Status, Married Date, Age, Height, Ethnicity, Nationality, Weight, mail us at [email protected]