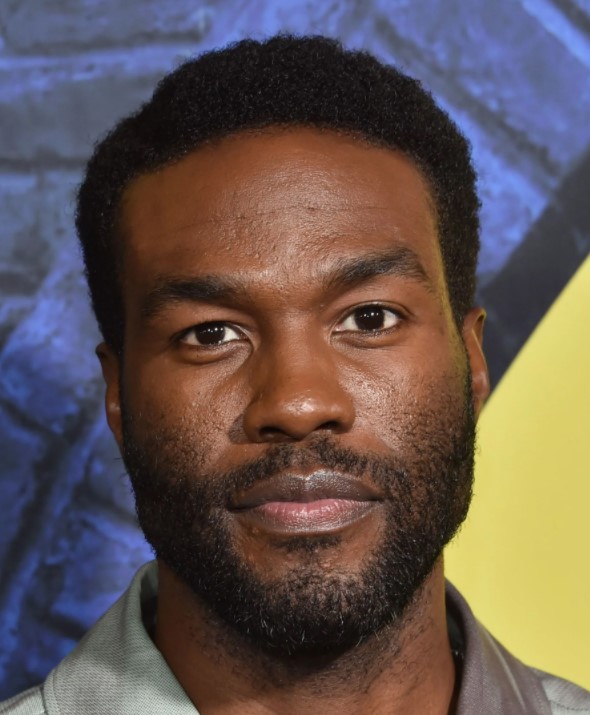 Yahya Abdul-Mateen II is an American actor, producer, and architect. He is best known for playing the role of  David Kane or Black Manta in the superhero film ‘Aquaman’ in 2018. He has also starred in the HBO superhero drama series, ‘Watchmen’ for which he won a Primetime Emmy Award for Outstanding Supporting Actor in a Limited Series or Movie in 2020. He will be next seen in movies like “Candyman” in 2021and “The Matrix 4” in 2022.

With around 198k followers on Instagram @yahya and around 89.6k followers on Twitter @yahya, he is very active on social media platforms.

Yahua Abdul-Mateen is known for what?

Yahua Abdul-Mateen II was born in what country?

Yahya Abdul-Mateen was born in New Orleans, Louisiana, on July 15, 1986. He was born to Yahya Abdul-Mateen I, a Muslim father, and Mary, a Christian mother. His father’s birth name was John Ford, but he changed it to Muhammad after becoming a Muslim. He is the youngest of a family of six children.

He is of African-American descent and holds an American nationality. Cancer is his zodiac sign. His faith is Islam.

In terms of his schooling, he went to McClymonds High School in Oakland, California. He went to the University of California, Berkeley, after high school and received a bachelor’s degree in architecture. Later, he earned a Master of Fine Arts degree from Yale School of Drama.

Yahua Abdul-Mateen II worked as a city planner in San Francisco prior to embarking on his acting career.

Yahua Abdul-Mateen II made his acting debut in Baz Luhrmann’s musical drama series “The Get Down,” which premiered on Netflix in 2016. He played Clarence “Cadillac” Caldwell.

He played Duane Jones in the film “The Disappearance of Sidney Hall” the following year.

In 2017, he starred as Sgt. Garner Ellerbee in the action comedy film “Baywatch.”

In 2018, he starred alongside Vera Farmiga and Christopher Plummer in the road trip drama film “Boundaries.” In the same year, he appeared in the film “Aquaman” as the villain David Kane, also known as Black Manta.

He appeared in Netflix’s science-fiction anthology TV series “Black Mirror” for the fifth season in 2019. He received a Primetime Emmy Award for Outstanding Supporting Actor in a Limited Series or Movie in 2020 for co-starring in HBO’s superhero drama series “Watchmen” the same year.

In the drama film “All Day and a Night,” which was released on Netflix on May 1, 2020, he plays Big Stunna.

He has been cast in “The Trial of the Chicago 7,” an upcoming American legal thriller film that will be released digitally on Netflix on October 16, 2020.

In addition, he has been cast in the forthcoming American supernatural slasher film “Candyman,” which is set to hit theaters in 2021.

Yahua Abdul-Mateen II has a girlfriend.

Yahua Abdul-Mateen II does not have a spouse. There is also no detail available about his dating background. However, he seems to be more concerned with his work than with his personal life.

Yahua Abdul-Mateen II is a handsome young man with a muscular physique. He stands 1.90 meters (6 feet and 3 inches) tall and weighs about 90 kilograms (198lbs.). His chest, waist, and bicep measurements are 38, 32, and 16 inches, respectively. He sports a size 12 shoe (US). His hair is dark brown, and his eyes are dark brown. Straight is his sexual orientation.

What is the net worth of Yahua Abdul-Mateen II?

Yahua Abdul-Mateen II has quite good earnings from his professional career as an actor. His major source of earnings comes from his acting career. As of 2020, his net worth is estimated to be $2 million. However, his salary and other assets are unknown.

Our contents are created by fans, if you have any problems of Yahya Abdul-Mateen II Net Worth, Salary, Relationship Status, Married Date, Age, Height, Ethnicity, Nationality, Weight, mail us at [email protected]