Yannick Carrasco is a Belgian professional footballer who plays as a winger for Chinese Super League club Dalian Yifang and the Belgium national team. 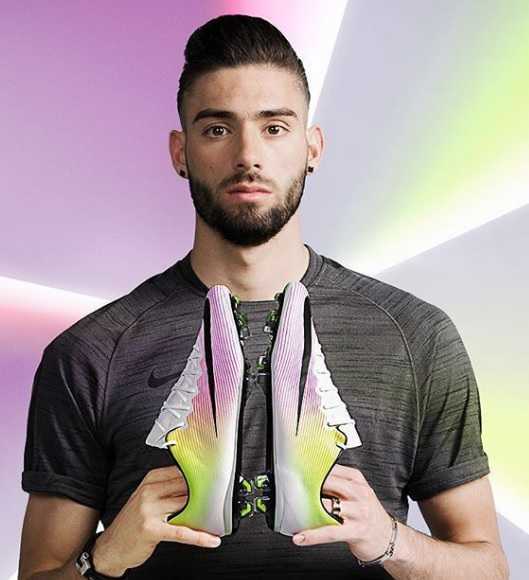 Yannick Carrasco is a Belgian professional footballer who plays as a winger for Chinese Super League club Dalian Yifang and the Belgium national team. Carrasco started his football career from Monaco and he had previously played for Spanish club Atletico Madrid. Atletico Madrid signed Carrasco for a reported transfer fee of 20 million Euro in 2015. Carrasco made his international debut for the senior national team in March 2015. Carrasco wears famous shirt number 10.

The full name of Carrasco is Yannick Ferreira Carrasco. He was born on 4 September 1993 in Vilvoorde, Belgium. He has a brother named Mylan and two younger half-siblings named Hugo and Celia. His mother, Carmen raised Carrasco and his brother Mylan after his father abandoned them. His mother was a Spanish and father, a Portuguese.

On 25 February 2015, Carrasco scored his last goal for Monaco against Arsenal in the first leg of Round of 16 of the UEFA Champions League. Monaco won 3-1 at Emirates Stadium.

Spanish club Atletico Madrid announced on 10 July 2015, that the club had signed Carrasco on a five-year contract for a reported fee of 20 million Euro. Carrasco scored his first La Liga goal on 18 October 2015, against Real Sociedad.

Carrasco became the first Belgian to score in Champions League final when he came on in as a substitute in half-time and scored an equalizer goal in the 79th minute against Real Madrid in Champions League Final on 28 May 2016. However, Atletico Madrid lost the final in a penalty shoot-out. Carrasco scored his first career professional hat-trick against Granada CF on 15 October 2016.

Chinese Super League club Dalian Yifang signed Carrasco and his teammate Nicolas Gaitan on 26 February 2018. On 3 March 2018, Carrasco made his club debut in an 8-0 loss to Shanghai SIPG.

Carrasco scored his first international goal on 26 June 2016 against Hungary. Carrasco was included in the Belgian team that finished third at the 2018 FIFA World Cup in Russia.

Net Worth of Yannick Carrasco

As of 2018, the net worth of Yannick Carrasco is estimated at $6 million. He has an annual income of $2 million. In 2015, Spanish club Atletico Madrid signed him for a reported transfer fee of 20 million Euro. Currently, he is playing for Chinese club Dalian Yifang. He loves cars and acquires some of the luxuries cars in the world. Carrasco has endorsed one of the famous shoe brand Nike. and uses the shoe model of Nike Mercurial Vapor XI FG.

Our contents are created by fans, if you have any problems of Yannick Carrasco Net Worth, Salary, Relationship Status, Married Date, Age, Height, Ethnicity, Nationality, Weight, mail us at [email protected]