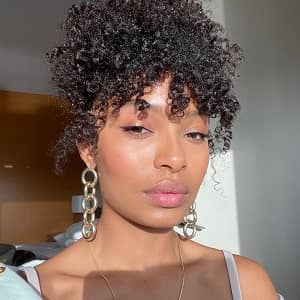 Yara Shahidi is an American actress, model, and activist. She is best known for her starring role as Zoey Johnson in ‘Black-ish’, and ‘Grown-ish’. Some of the other movies she has featured in include Imagine That (2009), Smallfoot (2018), and The Sun Is Also a Star (2019).

How old is Yara Shahidi?

Yara Shahidi was born as Yara Sayeh Shahidi on February 10, 2000, in Minneapolis, Minnesota. As of 2020, her age is 20. She was born to parents Keri Salter Shahidi (mother) and Afshin Shahidi (father). Her father is a photographer of Iranian descent whereas her mother is African-American. She is the oldest of her parents’ three children and has two younger brothers named Sayeed Shahidi and Ehsan Shahidi.

She spent her childhood days in Minneapolis and California. Her ethnicity is Iranian, African-American.

Yara Shahidi began her career at the age of six by making appearances in advertisements for ‘McDonald’s’, ‘GapKids,’ ‘Target,’ ‘Ralph Lauren,’ ‘The Children’s Place,’ ‘Disney,’ and ‘Guess Kids.’ In 2007, at the age of seven, she made her acting debut by appearing in an episode of ‘Entourage.’ A couple of years later, she made an appearance in the movie, ‘Imagine That.’ The same year, she featured in several drama series including ‘Cold Case,’ ‘In the Motherhood,’ and ‘Wizards of Waverly Place.’

In 2014, Shahidi became very popular for her role as Zoey Johnson in the American sitcom, ‘Black-ish’. From 2016 to 2018, she voiced Darcy in ‘Trollhunters.’

In 2018, she reprised her role as Zoey in the spin-off of ‘Black-ish’, ‘Grown-ish’. It premiered in 2018. In 2019, she appeared alongside Charles Melton in ‘The Sun Is Also a Star’. In September of the same year, she appeared in the issue of British Vogue cover with fourteen other women.

Shahidi is the founder of Eighteen x 18 with NowThis which is set to be a platform to encourage her peers to vote for the very first time in our upcoming midterm elections. Moreover, she is also the founder of ‘Yara’s Club’ which provides online mentorship in hopes to end poverty through education.

Her works as an activist have not gone unnoticed as former first lady of the US, Michelle Obama wrote a letter of recommendation for her to Harvard University. In 2017, she interviewed Hillary Clinton for Teen Vogue.

How tall is Yara Shahidi?

Shahidi stands at a height of 5 feet 5 inches and weighs around 45 kg. Her body measurements for breasts, waist, and hips are 31-23-32 inches. She has dark brown hair and a pair of brown eyes.

What is the Net Worth of Yara Shahidi?

Yara Shahidi has an estimated net worth of around $1 million as of 2020. Her main source of income includes acting and modeling.

Is Yara Shahidi in a relationship?

Yara Shahidi is currently single and not dating anyone as confirmed by the actress herself. Speaking to ‘Seventeen’ about the subject matter, Yara said,

Our contents are created by fans, if you have any problems of Yara Shahidi Net Worth, Salary, Relationship Status, Married Date, Age, Height, Ethnicity, Nationality, Weight, mail us at [email protected]