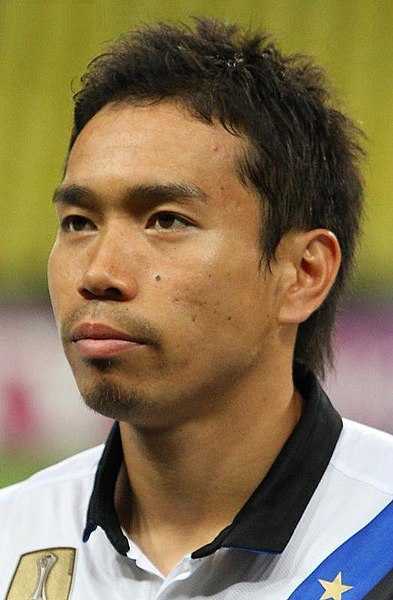 Yuto Nagatomo is a Japanese international professional football player. Currently, he plays as a defender for the Turkish club Galatasaray and the Japan national team. He started his professional football career at FC Tokyo in Japan. Since then he has played for Italian clubs Cesena and Inter Milan. He has made his senior international debut for Japan national team in 2008. He has won Coppa Italia with Inter Milan in 2011 and Super Lig with Galatasaray in 2018. With Japan, he has won AFC Asian Cup and Kirin Cup, both in 2011.

Yuto Nogatomo was born on 12 September 1986, in Saijo, Ehime, Japan. He was raised by his mother, Rie Nagatomo with his brother, Minoru Nagatomo. Regarding his nationality, he is Japanese and is of Asian descent. Yuto Nagatomo attended the Higashi Fukuoka High School where he started playing football. Later on, he joined the Meiji University and played college football.

The career of Yuto Nagatomo

Yuto Nagatomo started his youth football during his high school career in 2002. After completing high school, he played football at Meiji University. Nagatomo began his professional football career at FC Tokyo in 2007, where he played for four years.

In July 2010. FC Tokyo loaned Nagatomo to newly-promoted Serie A club AC Cesena. He played the first half of the season at Cesena.

Nagatomo showed impressive performance in his first season at Inter Milan, which led the club to sign him permanently.

Nagatomo turned down an offer from Manchester United in 2015.

Initially, Nagatomo represented Japan U21 at Summer Olympics in 2008. He was then called up for the senior team in the same year. He made his senior team debut in May 2008 in a friendly against Ivory Coast. Nagatomo’s first World Cup was the 2010 FIFA World Cup. Nagatomo was a key player in the Japanese squad that won AFC Asian Cup in 2011. Later, he appeared in Japan national team at the 2013 FIFA Confederations Cup and the 2014 FIFA World Cup.

Yuto Nagatomo is married to beautiful Airi Taira. She is a popular Japanese actress and the couple got married in 2017. Before marriage, the couple was in a long-distance relationship with each other for several years. Nagatomo was playing football in Europe, whereas his girlfriend was pursuing her acting career in Japan. Nagatomo proposed to his girlfriend on the San Siro pitch. She accepted the proposal and they are leading a happy life together. They have a child together.

The Japanese defender stands 1.7 m tall i.e five feet and six inches. He has a weight of 68 kg. He is 32-years old at present and has maintained his body perfectly fit for football.

Net Worth of Yuto Nagatomo

Our contents are created by fans, if you have any problems of Yuto Nagatomo Net Worth, Salary, Relationship Status, Married Date, Age, Height, Ethnicity, Nationality, Weight, mail us at [email protected]