Zac Efron is a famous American actor and singer who rose to fame for playing the lead role as Troy Bolton in High School Musical. 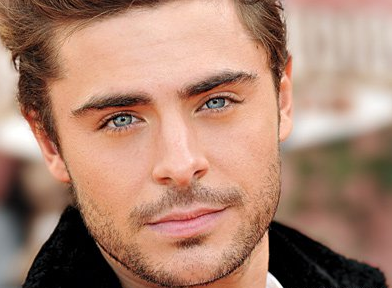 Zac Efron is a famous American actor and singer who rose to fame for playing the lead role as Troy Bolton in High School Musical. He is also recognized for the movies Hairspray, Me and Orson Welles, Neighbors, Mike, and Dave Need Wedding Dates, and The Lucky One. He voiced the lead character, Ted, in the 2012 animated film The Lorax.

How did Zac Efron become well-known?

An actor and singer from the United States.

Hairspray, Me and Orson Welles, Neighbors, Mike, and Dave Need Wedding Dates, and The Lucky One are among his film credits.

Zac Efron grew up where?

He grew up in San Luis Obispo, California, in the United States. David Efron and Starla Baskett are his parents. His father works as an electrical engineer at a power plant, and his mother works as a secretary at the same plant. Dylan is his younger brother. He grew up in an upper-middle-class family.

He received his education from Arroyo Grande High School. He also spent two years at the Pacific Conservatory of the Performing Arts. He’d always wanted to be an actor since he was a child.

When did Zac Efron decide to try acting?

Zac Efron started his acting career as a guest star on the television series Firefly in the early 2000s (2002). In the first season of the WB series Summerland, he debuted as a recurring character in 2004. Later in the season, he was promoted to the main cast. In 2004, he starred in Miracle Run, for which he was nominated for a Young Artist Award.

With the teen musical television film High School Musical, his career took a turn for the better (2006). In the film, he played Troy Bolton. His role in the film was well received by the audience and fans, and he received many awards for it. In 2008, he was nominated for the Teen Choice Awards and won the Nickelodeon Australian Kids’ Choice Awards. In 2010, he received the Bravo Otto Award for Best Male TV Star. In Hairspray, he played Link Larkin, the main character (2007).

In 2019, Efron starred alongside Matthew McConaughey in Harmony Korine’s film The Beach Bum, in which he played a drug-addled libertine. In May 2017, Efron was cast as serial killer Ted Bundy in Extremely Wicked, Shockingly Evil, and Vile, alongside Lily Collins, who plays Bundy’s girlfriend. The film had its world premiere at Sundance in early 2019, and Netflix will release it on May 3rd. In Warner Bros.’ 2020 Scooby-Doo animated film, Efron will play Fred Jones.

Who has Zac Efron dated in the past?

Zac Efron has had a variety of intimate relationships in his life. For many years, he was in a serious relationship with Vanessa Hudgens, a stunning American actress. They started dating when filming High School Musical in 2005. The pair split up in December 2010 after a five-year relationship.

In 2012, he started dating British actress Lily Collins after a two-year split with Vanessa. They dated for two years before splitting up in 2013. In September 2014, Efron started a romantic relationship with model and entrepreneur Sami Miró. They broke up in April of 2016.

After his breakup with Sami, Zac has not been in a relationship ever, and he is still single.

What is Zac Efron’s overall net worth?

In his successful acting career, he has accumulated a net worth of 18 million dollars but his salary is not revealed. In the case of revealed, we will let you know.

How tall is Zac Efron?

Moving towards his body measurements, he has a good height of 5 Feet and 8 Inches (1.73m)and he has a weight of 75kg. He has light brown hair and his eyes are blue. His chest size is 44 inches, his arms size is 16 and his waist size is 34.

Our contents are created by fans, if you have any problems of Zac Efron Net Worth, Salary, Relationship Status, Married Date, Age, Height, Ethnicity, Nationality, Weight, mail us at [email protected]