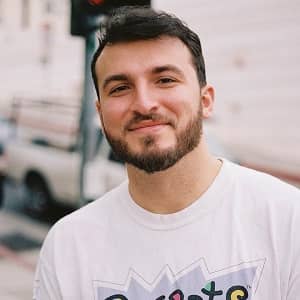 Zane Hijazi is a popular American YouTuber and social media personality. He is well known and loved by his fans for his sense of humor and charming personality.

When was Zane Hijazi born?

Zane Hijazi was born on the 18th of November 1992, in Miami, Florida, U.S.A. As of now, his age is 27. His nationality is American and he is of Saudi Arabian ancestry. His ethnicity is not known although many speculations suggest that it is mixed.

Zane is private regarding his personal life and so he has not shared details regarding his parents on the internet. However, he has revealed that he was raised alongside a brother and two sisters.

Zane was also focused on his education and continued studying even after he got famous on the internet. Though the names of his schools are not known, we do know that he is a graduate of Broward College. Zane graduated the college with a degree in Hospitality and Management.

How did Zane Hijazi build his career?

Before his Youtube career, Zane actually started from Vine, where he made funny videos along with his friend Heath Hussar. Their sense of humor was loved by fans on the platform and he gained a lot of popularity through it. He had over 3.4 million followers on Vine before it was shut down.

Zane built upon his success on Vine by later joining Youtube. This was a smart move as he had a lot of fans from Vine and so started his career on Youtube with a lot of subscribers. His sense of humor and loveable personality kept gaining him new fans and as of now, he has over 3.88 million subscribers on the platform. Zane’s content is vlogs and reactions to various things.

He and Heath still work together and they even have a 2nd channel, Zane and Heath: UNFILTERED. He also constantly collaborates with popular creators such as Amanda Cerny, David Dobrik, and Lele Pons on Youtube.

What is Zane Hijazi’s net worth?

As of 2020, Zane Hijazi has an estimated net worth of approximately 1.5 million U.S. dollars. He has not shared his annual salary as of yet.

What are Zane Hijazi’s physical statistics?

Zane stands at a height of 5 feet 11 inches and weighs approximately 75 kilograms. He has a fit physique along with brown hair and brown eyes.

Who is Zane Hijazi single?

Zane is currently single. He is also very private regarding his love life and has not revealed his dating history. This secrecy, along with his closeness with his friend Heath, has led many to assume that he is secretly gay and in a relationship with Heath.

Zane is active and very popular on social media. His popularity, along with his good looks have earned him a lot of followers here as well. He has a lot of fans and he updates them frequently on his private and professional life through his posts. As of now, Zane has over 92k followers on Facebook, over 2 million followers on Twitter and over 3.8 million followers on Instagram.

Our contents are created by fans, if you have any problems of Zane Hijazi Net Worth, Salary, Relationship Status, Married Date, Age, Height, Ethnicity, Nationality, Weight, mail us at [email protected]