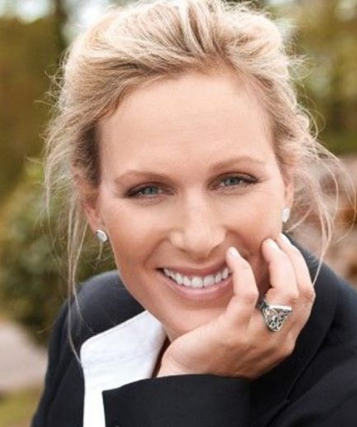 Member of the British royal family, an equestrian and Olympian

The Queen’s granddaughter Zara Tindall has been banned from driving for six months after being caught speeding at 91mph near her Cotswolds home. She was banned under the totting up procedure, having already accumulated nine penalty points on her license. Mrs. Tindall, 38, was given four more points for driving at 91mph on the A417 in Gloucestershire, taking her over the 12 points that usually means a ban. The speed limit where she was clocked is 70mph. The wife of former Gloucester and England rugby player Mike Tindall did not attend Cheltenham Magistrates’ Court because she is in Australia. She admitted the speeding offense, which she committed in her Land Rover at Daglingworth, near Cirencester, in November. Roger Utley, chairman of the bench, announced that as well as the six-month ban, the court was fining Mrs. Tindall £666 plus costs and a victim surcharge of £151. Her mother Princess Anne was caught speeding on the same stretch of road in 2001.

Who are the Parents of Zara Tindall?

Zara Tindall was born as Zara Anne Elizabeth Tindall on 15th May 1981, at St. Mary’s Hospital in Paddington, West London. She is the second child and only daughter of Princess Anne and her first husband Mark Phillips. She is the eldest granddaughter of Queen Elizabeth II and Prince Phillip, Duke of Edinburgh. She also has an older brother, Peter Phillips and two half-sisters, Felicity Tonkins and Stephanie Phillips. She is British by Nationality. Her ethnicity is White. About her education, she attended primary schools in Gloucestershire and Dorset. Later, she enrolled at the Scottish boarding school Gordonstoun in Moray. At the University of Exeter, she qualified as a physiotherapist specializing in Equine Physiotherapy. She has shown her passion for horse-riding from an early age. She is an accomplished equestrian. As of 2019, she celebrated her 38th birthday with her parents and friends. Her religion is Christian.

How was the Career of Zara Tindall?

Zara excelled in a variety of sports during her school years, representing her schools in hockey, athletics, and gymnastics.

She achieved equestrian success by following in her parents’ footsteps.

She revealed in June 2003 that she had signed a sponsorship deal with Cantor Index.

In her first four-star event, she placed second at Burghley Horse Trials in 2003.

Zara was a gold medalist at the European Eventing Championships in 2005.

In 2006, she won the Eventing World Championships at the World Equestrian Games.

She was named BBC Sports Personality of the Year in the same year.

In the 2007 Queen’s New Year’s Honors List, she was awarded the M.B.E. (Member of the Order of the British Empire) for her contributions to equestrianism.

When Toytown sustained a similar injury during preparation, she was unable to compete in the 2004 Summer Olympics in Athens.

On October 25, 2008, she fractured her right collarbone after falling from her horse, Tsunami II, at the 15th fence of a cross-country event in Pau, France.

Tindall revealed in 2009 that she would be designing her own equestrian apparel line for Musto Outdoor Clothing.

She also represented the High Kingdom at the Olympics, winning a silver medal in the team event.

On her top horse, High Kingdom, she placed second at the Luhmuhlen Horse Trials in 2013.

Tindall and High Kingdom were members of the British team that won team silver at the 2014 World Equestrian Games.

In March 2016, she began using her maiden name, Phillips.

She then competed as Zara Tindall for the first time during her failed effort to qualify for the 2016 Olympic Games in Rio de Janeiro.

What is the Net Worth of Zara Tindall?

Zara Tindall is a famous equestrian and Olympian. Moreover, she is a descendant of the British Royal family who has a net worth of $20 Million as of 2020. There are no details regarding her salary. But it will be added soon once we get information about it. Overall, she is satisfied with her earnings. She is a very hardworking woman.

Who is the Husband of Zara Tindall?

Zara Tindall is a married woman. She was married to her boyfriend Mike Tindall on 30th July 2011. Mike Tindall is a former captain of the English rugby team at the Canongate Kirk in Edinburgh. The couple met during England’s Rugby World Cup-winning campaign in Australia in 2003. The couple also has a daughter Mia Grace Tindall. She gave birth to Mia on 17th January 2014 at Gloucestershire Royal Hospital. She expected her second child in late spring 2017 but she miscarried the baby a few days before Christmas 2016. Their next two pregnancies ended in miscarriage before their second daughter, Lena Elizabeth Tindall who was born on 18 June 2018 at the Stroud Maternity Hospital. As of today, the duo is living a happy life without any disturbances. She is happy with her husband and her children. Her sexual orientation is straight.

How tall is Zara Tindall?

Zara Tindall is a very beautiful woman with a white skin tone. She has a height of 5 feet 6 inches and she has a bodyweight of 64 Kg. She has blonde hair and a blue eye. There are no other details about her body measurement. Overall, she has got a healthy body with a slim body build. She maintains her body a lot.

Our contents are created by fans, if you have any problems of Zara Tindall Net Worth, Salary, Relationship Status, Married Date, Age, Height, Ethnicity, Nationality, Weight, mail us at [email protected]