Zain Javadd Malik, known mononymously as Zayn, is an English singer and songwriter. Born and raised in Bradford, Malik auditioned as a solo contestant for the British music competition The X Factor in 2010. His third album, Nobody Is Listening, was released in January 2021. 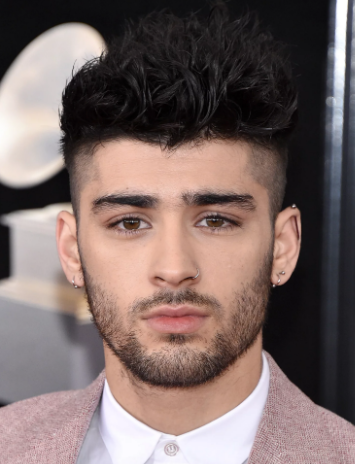 Zayn Malik is an English singer who came into the limelight due to his impressive performances on the television reality show The X Factor. Although he didn’t win the contest, his talent struck a chord with both the judges and the audiences alike and since then there has been no looking back for the Bradford Bad Boy. The judges suggested that he and four other participants of the show come together and form a troupe. This led to the birth of the world-famous boy band One Direction, which garnered a huge fan following worldwide. Let’s know more about him through this article.

What is Zayn Malik famous for?

Where was Zayn Malik born?

Recalling his early life, Zayn was born as Zain Javadd Malik in the year 1993 to his parents; Yaser Malik and Trisha Malik in Bradford, England, UK.  His nationality is British and he is of Pakistani, English, and Irish ethnicity. Similarly, he has one elder sister named Doniya and two younger sisters named Waliyha and Sofia. Unfortunately, his parents were divorced when he was six years old.

Where is Zayn Malik educated?

Concerning his education details, Zayn attended Lower Fields Primary School and Tong High School in Bradford. As a teenager, he took performing arts courses and appeared in school productions. He starting writing raps when he was at school and sang on stage for the first time when singer Jay Sean visited his school. He initially wanted to become an English teacher.

Are Gigi and Zayn back together?

Reflecting on his personal life, Zayn is an unmarried man to date. He is currently in a relationship with the famous American fashion model Gigi Hadid. The couple has been together since July 2016 and their relationship is going very well.

Previously, he has been in several relationships in his life. In 2010, he dated the famous English singer, Cher Lloyd. From late 2010 to 2011, he was in a relationship with Geneva Lane. He also dated the beautiful Swedish actress Rebecca Ferguson that year. Later in 2011, he was in an affair with Stephanie Davis. In 2013, he began dating the  English singer Perrie Edwards. The couple got engaged while they were in the relationship. They broke up later in 2015. After that, he dated Wallis Day, an actress at the end of 2015.

How much is Zayn Malik worth?

Being a musician by profession, Zayn earns an impressive amount of money and fame through his profession in the field of the music industry. Based on some online sites, his estimated net worth said to be $65 million at present. However, his salary and assets details are yet to be disclosed.

How tall is Zayn Malik?

Observing his body statistics, Zayn stands a height of 5 feet 9 inches and weighs around 66 Kg. Similarly, he has an athletic body with a pair of hazel eyes and brown hair color. Further, he has a 38 inches chest size, 28 inches waist size, and 13 inches biceps size.

Our contents are created by fans, if you have any problems of Zayn Malik Net Worth, Salary, Relationship Status, Married Date, Age, Height, Ethnicity, Nationality, Weight, mail us at [email protected]