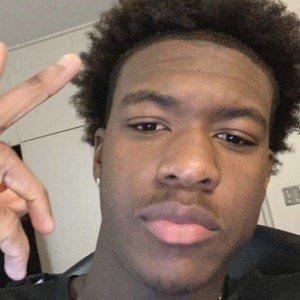 Zeddywill is a popular American social media personality. He rose to fame due to his entertaining and hilarious videos on his Tiktok account, @zeddywill.

Zeddywill, real name Zeddy Williams,  was born on the 3rd of January, 2002 in Queens New York, U.S.A. As of 2021, his age is 19. His nationality is American but he has not revealed his ethnicity as of now.

Zeddy has not shared much about his parents as well. His mother has appeared in a few of his Tiktok videos but he has not revealed the names of either of his parents. But he has revealed that he has a younger brother named Zayden.

Zeddy’s education is also a subject of mystery. While he has revealed that he used to run track for his high school, he has not revealed where he studied. Aside from high school, Zeddy also represented a youth running club and he has won several medals as a track and field athlete. He might continue this in college as well and looking at his age, he is probably deciding whether he should go to college or not.

How did Zeddywill build his career?

Zeddywill started gaining popularity thanks to his hilarious videos on Tiktok. He rose to fame pretty quickly as his first video, a POV about his crush was loved by the audience and managed to gather over 1 million views. Most of his uploads are comedic videos and he also posts a lot of reaction videos on his account. He always chooses absurd and funny content to react to and his reactions are always entertaining to watch. Zeddy is also well known for his window talk comedy series on his Tiktok. His personality is also likable and paired with his incredible sense of humor, it has helped him gain a lot of fans across social media.

As of now, Zeddy has over 1.9 million followers on his Tiktok account. He posts well-made content frequently and his account is growing very fast. On top of Tiktok, Zeddy is also very popular on Instagram. He posts a lot of his Tiktok videos here, along with his personal life updates. His Instagram account @zeddywill already has over 91k followers and the numbers are growing even now.

What is Zeddywill’s net worth?

Zeddy has not revealed his exact net worth and annual salary as of now.

What are Zeddywill’s physical statistics?

As of now, Zeddywill is most probably single. His activity on TikTok and Instagram also suggest this. But this might not be true as Zeddy prefers to keep a low profile when it comes to his love life. And due to his privacy, nothing is known about his past girlfriends and relationships as well.

Zeddy is active and popular on social media. As of now, he has over 91k followers on Instagram and roughly 171 followers on Twitter.

Our contents are created by fans, if you have any problems of Zeddywill Net Worth, Salary, Relationship Status, Married Date, Age, Height, Ethnicity, Nationality, Weight, mail us at [email protected]