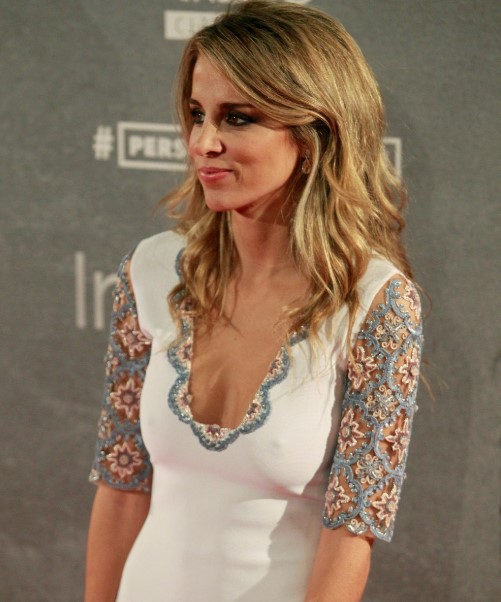 Alejandra Silva is a Spanish publicist and political activist. Silva came to highlight after she got married to the popular American actor, Richard Gere in 2018, who is 33 years older than her. Silva is also an avid activist and has been involved in several human rights issues. She is also known for her association with the Real Madrid Football Club and she was also the cover model of “Hola! Fashion”. Besides, Silva is quite active in social media sites with her Instagram account: @alejandragere and Twitter account: @AlejandrasGere.

What is Alejandra Silva Famous for?

Where was Alejandra Silva Born?

Alejandra Silva was born on February 16, 1983, in La Coruña, Spain. Her birth name is Alejandra Maria Silva García-Baquero. Her nationality is Spanish. Aquarius is her zodiac sign.

Alejandra Silva was born in a well-to-do family as the daughter of Ignacio Silva(father) and Paola Garcia-Baquero(mother). Her father, Ignacio is a businessman and the former Vice President of Real Madrid Football Club while her mother, Paola is an activist.

When she was 4, her family moved to Madrid, where she attended Saint Louis And Mater Salvatoris school. Later, when she was 15, she moved to Dorset, UK, where she completed her A-levels education. After then, she graduated from a university in Madrid earning a degree in advertising and marketing.

Alejandra Silva began her career working as an intern in “The Farm ad agency” in Madrid. After then in 2005, she began working as a marketing and sales officer at a Madrid-based private firm in the airplane industry.

In 2007, Silva promoted a nonprofit initiative jointly with Karolina Kurkova called “Beautiful Life Fund”. She worked as an activist raising awareness for children in need,  distressed refugee children, victims of war, and the education of homeless children around the world.

Along with her ex-husband, Govind, she established a luxury boutique hotel, “Hotel Villa Treville”. Besides, in 2016, she was the cover model of “Hola! Fashion”.

Who is Alejandra Silva Married to?

Alejandra Silva has married two times. She was previously married to her first husband, billionaire Govind Friedland. Govind is a mining magnate and the son of billionaire Robert Friedland. The couple welcomed a son named Albert in 2012, however, their relation didn’t last long and they divorced in 2015.

Along with Govind, Silva acquired the former summer home of the Italian film director Franco Zeffirelli in Positano, Italy in 2011.

During the process of their divorce, Silva met the popular actor, Richard Gere while she was working at the Treville Hotel in 2014. They certainly felt a connection and eventually got married in April 2018, at Gere’s estate in Pound Ridge, New York. Gere is a multi-millionaire leading actor and one of the sexiest men in the world who is 33 years older than Silva.

The couple welcomed their first son named Alexander in February 2019, followed by their second child in April 2020.

How Tall is Alejandra Silva?

Alejandra Silva is a beautiful lady in her 30s. Silva has a well-maintained slim body physique. She stands tall with a height of 5ft. 6inch. while her body weighs around 62kg. She has a fair complexion with light brown hair and brown eyes.

What is the Net Worth of Alejandra Silva?

The 37 years old, Alejandra Silva has quite good earnings from her profession. Working in the field of activism for over a decade, she has managed to amass a fruitful amount. Her estimated net worth is around $1.5 million. Besides, her husband, Richard Gere himself is a multi-millionaire with his net worth of around $120 million.

Our contents are created by fans, if you have any problems of Alejandra Silva Net Worth, Salary, Relationship Status, Married Date, Age, Height, Ethnicity, Nationality, Weight, mail us at [email protected]