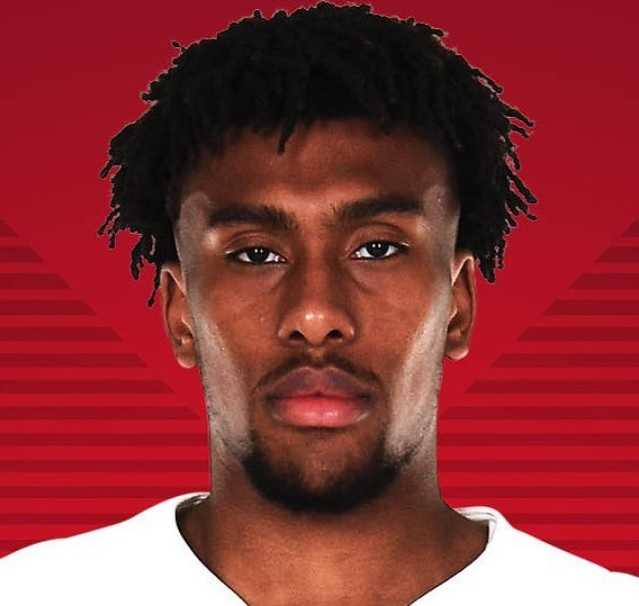 Alexander Chuka Iwobi, popularly known as Alex Iwobi is a professional football player who plays as a forward for Premier League club Arsenal and the Nigeria National Team. Iwobi has scored a total of 10 goals for Arsenal in all competitions and 5 goals for Nigeria on different occasions till now.

Alex Iwobi has returned to training after recovering from illness. Iwobi has resumed his training with Arsenal’s first-team.
the 22-year-old missed Gunners’ match against Cardiff due to illness. Gunners won the match 3-2.
Iwobi was also excluded from Nigeria’s clash against Seychelles in African Nations Cup for the same reason.
Iwobi recently posted a picture of himself and some of his teammates in training indicating he is back on his feet. Iwobi might start for Gunners in Premier League fixture against New Castle United on Saturday.
Arsenal Manager Unai Emery is as excited as the Super Eagle Star on his return.

Iwobi was born on May 3, 1996, in Lagos, Nigeria. Chuba Iwobi is his father. Iwobi has a sister Marie Iwobi. He is the nephew of former professional footballer Jay-Jay Okaocha. Iwobi moved to England at the age of four. Iwobi belongs to Nigerian and English nationality. At present, Iwobi is best mates with former Arsenal teammate Tyrell Robinson.

Iwobi started his youth career from Arsenal. He joined Arsenal while he was at primary level. Iwobi was called up for Arsenal senior team for a League Cup match against West Bromwich Albion on September 25, 2013. Iwobi was on the bench but was not substituted in the game. In October 2015, Iwobi signed a long-term contract with Arsenal. Iwobi made his senior team debut for Arsenal on October 27, 2015, against Sheffield Wednesday in the Round of 16 of the League Cup. Arsenal lost by 3-0.  Four days later, Iwobi made his Premier League debut against Swansea City at the Liberty Stadium. Iwobi came in as a substitute for Mesut Ozil in stoppage time. Arsenal won the match 3-0.

Initially, Iwobi started for England youth international team. Iwobi won the 2011 Victory Shield.
Iwobi then decided to play for Nigeria national team. On October 8, 2015, he made his senior debut for Nigeria in a friendly against DR Congo. Iwobi came in as a substitute in the 57th minute. Nigeria lost the match 2-0
Nigeria selected Iwobi for their 35-man provisional squad for the 2016 Summer Olympics but was left out from the 18-man final squad.
Due to injury, Iwobi pulled out of Nigeria’s squad for World Cup qualifiers. Iwobi scored only a goal for Nigeria against Zambia in a 1-0 win that secured Super Eagles a spot in the FIFA World Cup 2018 campaign.
Iwobi was included in the 23-man squad for Nigeria for FIFA World Cup 2018. Nigeria exited World Cup from the group stage.

Previously, the Super Eagle start was in a relationship with Clarisse Juliette. But their relationship ended in late 2017. After Clarisse, Alex is not open to the public or in social media about his current relationship status. Officially, Iwobi is reported dating no one at present.

Initially, Iwobi was reportedly paid only 750 pounds a week during his youth career. At present, Iwobi earns 30,000 pound per week which makes 1,560,000 pounds a year. The net worth of Iwobi is estimated to be around $5 million as of 2018.

Our contents are created by fans, if you have any problems of Alex Iwobi Net Worth, Salary, Relationship Status, Married Date, Age, Height, Ethnicity, Nationality, Weight, mail us at [email protected]