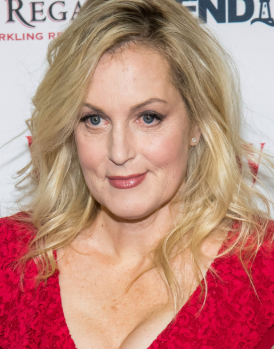 Ali Wentworth is an American actress who kicked off her walk of fame with an outstanding role she played in the comedy television series, In Living Color. She is well known for starring in some of the immensely popular films like Jerry Maguire, It’s Complicated and Office Space.

The blonde actress has also worked as the executive producer of the television series, Head Case. Also, She has flexed her skills as an author by publishing many books including The WASP Cookbook, Ali in Wonderland: And Other Tall Tales as well as Happily Ali After And Other Fairly True Tales. Let’s know more about her through this article.

What is Ali Wentworth famous for?

When was Ali Wentworth born?

Recalling her early life, Ali was born as Alexandra Elliott Wentworth in the year 1965 in Washington, D.C., United States. Her father, Eric Wentworth was The Washington Post correspondent and mother, Myffie Brandon Cabot was a white house social secretary dor the president Nancy Davis Reagan. However, her parents divorced in 1964. Later, she was raised by her mother as a single parent. Similarly, she is of American nationality and belongs to the mixed ethnic group.

Where is Ali Wentworth educated?

Concerning her education, Ali joined Dana Hall School for girls in Wellesley, Massachusetts. Later, in 1988, she graduated from the Bard College in Annandale-on-Hudson, New York.

When did Ali Wentworth begin her acting career?

Presently, Ali is batting against the pandemic COVID-19. last, on the 2nd of April 2020, she was tested positive for the coronavirus. First, she had symptoms like chest pain, difficulty in breathing, and mild fever.

Somehow, she had an inner feeling that is not just a common cold and went for the corona test on the 3oth of March. By the time, she started developing a high fever. As of now, she is in a home quarantine in her room.

Who is Ali Wentworth married to?

Reflecting on her personal life, Ali is married to George Stephanopoulos, a Chief Anchor of ABC News. They first met in April 2001 during the blind date. The date was the starting of a love life. Two months of the date, they got engaged.

On the 20th of November 2001, they walked down in the aisle. The wedding took place at the Archdiocesan Cathedral of the Holy Trinity on New York City’s Upper East Side.

On the 9th of September 2002, they completed their family with a daughter, Elliott Anastasia Stephanopoulos. On the 2nd of June 2005, they brought a sister for Elliott. They named her Harper Andrea Stephanopoulos.

How much is Ali Wentworth worth?

Being an actress and author by profession, Ali earns a decent amount of money and fame through her profession in the field of the entertainment industry. Based on some online sites, her estimated net worth said to be $6 million at present. However, her salary and assets details are yet to be disclosed.

How tall is Ali Wentworth?

Observing her body physics, Ali stands a height of 5 feet 7 inches and weighs around 58 Kg. Similarly, she has a pair of green eyes and blonde hair color. She used a 34B bra size and 8(US) shoe size. Further, her body measures 35-26-36 inches with a slim body.

Our contents are created by fans, if you have any problems of Ali Wentworth Net Worth, Salary, Relationship Status, Married Date, Age, Height, Ethnicity, Nationality, Weight, mail us at [email protected]