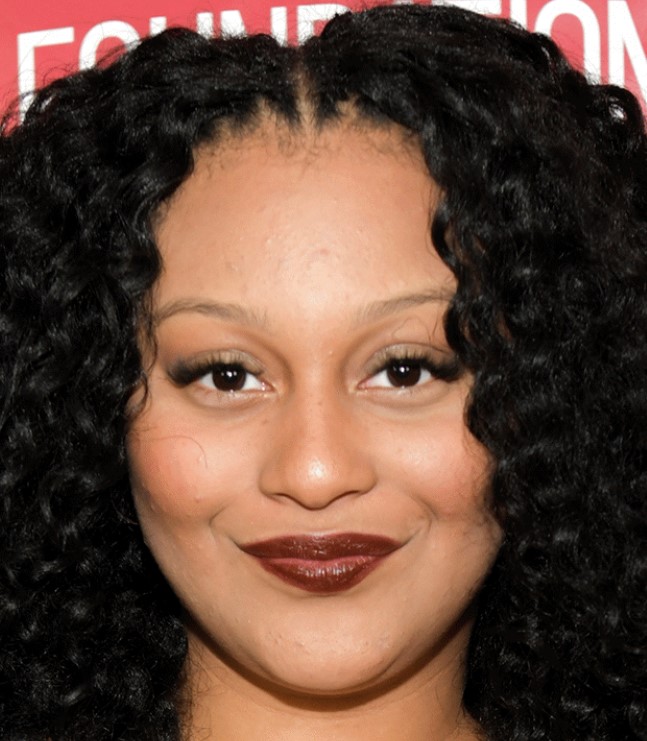 Aliyah Royale is an American actress, fashion designer, and Television Star who is well-known for her role as Jira Calder-Brenan in the American drama series “The Red Line” in 2019. The series got premiered on April 28, 2019, on CBS. Royale also starred in the American short TV drama film “Attached at the Soul” in 2016. She also won the Most Promising Performer Award at Omni Youth Music & Actor Awards ceremony in 2013.

She is also active in the social media platform with around 6k followers on her verified Instagram account:@aliyahroyal.

What is Aliyah Royale famous for?

Famous as an American actress and Television star

Where is Aliyah Royale from?

Aliyah Royale was born on March 4, 2000, in Maryland, United States. Her birth name is Aliyah Royale. American is her nationality. Her ethnicity is African-American while Pisces is her zodiac sign.

She was born in a well-to-do family in Maryland. Her father belongs to a US military background who also served as a soldier for the US army. Tanya is her mother’s name. She was raised in her hometown, Maryland, and on US military bases. She did her schooling from a local school in Maryland. Later, she attended concurrent classes in the Maryland community classes.

Aliyah Royale started her career as an actress at the age of 12 by appearing in theatre shows.

She made her television debut in 2013 by working as a host in the TV series “FTS Kids Radio Show”.

She also received the Most Promising Performer Award at Omni Youth Music & Actor Awards ceremony for her debut appearance.

Then, she appeared in the short TV film “Rescuing Madison” in 2014.

She continued her acting career by playing the role of Lynn in the TV film “Strange Calls” in 2015.

In the year 2016, she starred in the short film “Attached at the Soul”.

She has appeared in many short films such as “LA Stories”, “The First Stone”, “One Small Step”, and “The Get Away”.

Royale got her prominence role of Jira Calder-Brenan in the first season of the American limited-drama series “The Red Line” in 2019.

She received good acclaim from the jury members and her role was appreciated a lot.

Besides on October 4, 2020, Royale started portraying the starring role of Iris Bennett in the American post-apocalyptic horror drama limited series “The Walking Dead: World Beyond”.

It is the third television series within The Walking Dead franchise.

Within one day of the show’s premiere, the show has received good acclaims.

The American actress, Aliyah Royale is not married and single. She seems to be much more focused on her career rather than her personal life. However, she has to achieve a lot in her career as an actress. She is an adventurous lady and loves to play volleyball. She also likes to do the shooting. She is a fitness enthusiast and is fluent in French. At present, she is living a happy life in New York.

Aliyah Royale has earned a good amount of money from her profession as an actress. Just in her twenties, she has achieved success and has started achieving good recognition. She has an estimated net worth of $350k as of 2020. Her net worth includes all her property and her present earnings. She also earns additional income from her endorsement deas. At present, she is living a luxurious lifestyle with her earnings.

The 20 years aged, Aliyah Royale has a well-maintained chubby body. She is a beautiful lady with black hair and a pair of hazel eyes. She stands at a height of 5ft 4inches(1.62m) and has a bodyweight of 58kg. Her body measurement is 38-29-35 inches. She wears a shoe of size 7(US).

Our contents are created by fans, if you have any problems of Aliyah Royale Net Worth, Salary, Relationship Status, Married Date, Age, Height, Ethnicity, Nationality, Weight, mail us at [email protected]