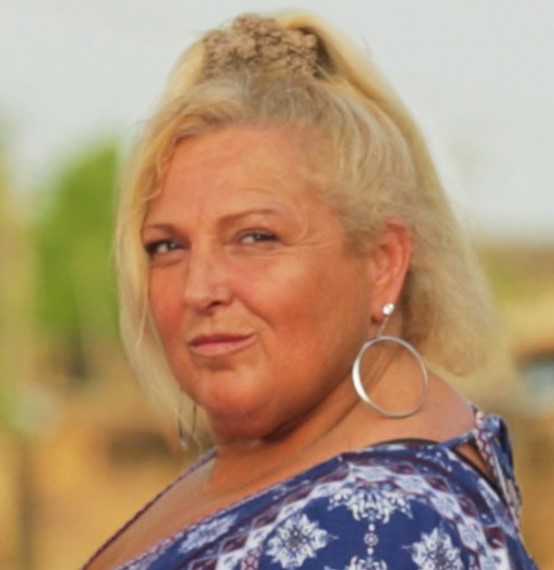 Angela Deem is an American reality television personality and a clinician. She is best known for her appearance on the TLC reality series, 90 Day Fiance along with her Nigerian husband, Michael Ilesanmi. They were originally cast on the 2nd and 3rd series of the 90 Day Fiance: Before the 90 Days. They were later cast on the 7th series of 90 Day Fiance. They got married on 27 January 2020. Michael’s K1 visa was denied. Thus, Angela went to Nigeria to get married to Michael, eventually applied for a spousal visa.

She has over 290k followers on her Instagram @deemangela.

What is Angela Deem Famous For?

Where was Angela Deem Born?

Angela Deem was born on 12 September 1965. She was born in Hazlehurst, Georgia in the United States. She holds an American nationality. Her hometown is Hazlehurst, Georgia. Detail information about her parents, early life, education is not available at present. She rose to prominence through the reality tv series, 90 Day fiance. Thus, the information about her life before the series is difficult to gather. She belongs to white ethnicity. She shared a picture with her mother in February. Her mother died in February 2020.

Angela Deem is a married woman. She is married to Nigerian Michael Ilesanmi. They were featured on the 2nd and 3rd seasons of the reality series, 90 Day Fiance: Before the 90 Days. They broke up at the end of season 2 but reunited in season 3. The couple was later cast on the 7th season of 90 Day Fiance. They got married on 27 January 2020. Their wedding was chronicled by 90 Day Fiance. Despite their marriage, they have faced several ups and downs in their relationship. Their relationship has been filled with lies, arguments, and financial thefts. Angela went to Nigeria to get married but returns without getting married. Michael’s K1 visa was reportedly denied thus Angela went to Nigeria and married Michael. After marriage, she applied for a spousal visa for Michael.

She has two daughters from her previous relationship. They are Skyla and Scottie. She also has 6 grandchildren.

She lives in Hazelhurst, Georgia.

Angela’s daughter Scottie was sentenced to 20 years in prison after she pleaded guilty to three counts of child molestation in 2019. She was released on parole on 6 May 2020 after serving only 15 months in prison. Scottie is a registered sex offender in Georgia.

Angela Deem has a large body build. Her eye color is dark brown and her hair color is blonde. Her other body measurements are not determined.

Our contents are created by fans, if you have any problems of Angela Deem Net Worth, Salary, Relationship Status, Married Date, Age, Height, Ethnicity, Nationality, Weight, mail us at [email protected]