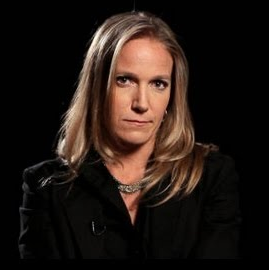 If you need to make a movie on a strong-willed woman with a brain that matches her energy, Arwa Damon might be the name for you. Damon is an Arab-American, who is also a Senior International Correspondent for CNN based in Istanbul. She is also president and founder of INARA, a humanitarian organization that provides medical treatment to refugee children from Syria.

Born on the 19th of September 1977 in Boston, Damon is fluent in four languages- French, English, Arabic, and Turkish. She acknowledges that her language skills have been of great help when she is on the field. She was born to an American father and Syrian mother, Damon is of mixed culture and background. Her father Dr. George H. Damon, Jr. is a retired headmaster of American Community School at Beirut and former teacher, and middle school director at Robert College. Her mother Joumana is a Syrian, daughter of Muhsin al-Barazi, an ex-Syrian Prime Minister. She also has a younger sister-Mawadda. She has never married, in her own words “she has no time to date.”

Growing up in a bi-lingual household, Damon become fluent in English and Arabic at an early age. Her family moved to Morocco when she was six and later to Istanbul after three years. She brought courage and a free-spirited attitude into her lifestyle during her stay in carefree, suburban life in Istanbul. She was a bright child finishing high school at the age of sixteen. She majored in French and Biology with a minor in International Affairs from Skidmore College in New York.

The career of Arwa Damon

Damon aspired to become a vet when she was in college but wasn’t so sure about her decision afterward.

She began to work in a New York-based Turkish textile company at the start of her career.

After the 9/11 incident, she decided that she would be a bridge between west and east and throw some light on Middle-East’s culture. At the beginning of the Iraq war, she moved to Baghdad and covered news of the Middle-East as a Freelance producer for three years.

After she joined CNN in 2006, in its Baghdad headquarters, and was based in Iraq for seven years that followed. During her stay in Iraq, she covered top-notch stories like the battle of Fallujah, the execution of Saddam Hussein, the collapse of the Ba’ath regime, and the first national election of the country.

In 2010, she covered Arab Spring, the uprisings in Egypt and Libya.

She was also one of the earliest journalists to reach the scene of the Benghazi attack in 2012 and report its current scene and its aftermath.

She recovered a personal diary of slain Ambassador Christopher Stevens from the scene which further laid light on the truth on the attack.

Damon traveled to West Africa to follow the pursuing of Boko Haram who kidnapped more than 200 Nigerian girls from their school in Chibok.

As of recent, she has covered the gruesome war of Syria, the bloodbath, and the end of innocent lives.

In 2014, she was sued for the accused of biting two EMT’s while intoxicated at the U.S Embassy in Baghdad and later she apologized for that incident.

The net worth of Arwa Damon

It is reported that Arwa Damon is worth 3 million US dollars.

Damon has not revealed any information regarding her love life, boyfriend, and affairs. Damon is not married and has no husband.

For her reportage on the Consulate attack in Benghazi, Damon won an Investigative Reporters and Editors’ IRE Award, along with Sarmad Qaseera.

Damon was also a member of the CNN team that won the 2012 Emmy Award for Outstanding Live Coverage of a Current News Story – Long Form for the coverage on” Revolution in Egypt: President Mubarak Steps Down”.

Based on her experiences in war zones and families, and nations are torn by war, Damon has launched a non-profit organization, The International Network for Aid, Relief, and Assistance which focuses on providing support and medical care to the children fallen victim to the cruelty of war and needs lifesaving or life-altering medical treatment.

Our contents are created by fans, if you have any problems of Arwa Damon Net Worth, Salary, Relationship Status, Married Date, Age, Height, Ethnicity, Nationality, Weight, mail us at [email protected]