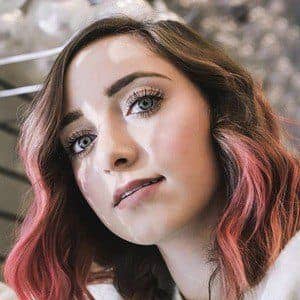 Bailey McKnight is an American Youtuber who is the one half of the enormously popular YouTube channel, ‘Brooklyn and Bailey’. The channel has over 6.8 million subscribers with content including DIY, tutorials, vlogs, beauty, and fashion.

How old is Bailey McKnight?

Bailey McKnight was born in Michigan on December 31, 1999, in Utah, US. As of 2020, her age is 20. She was born to parents Shaun McKnight (father) and Mindy McKnight (mother). She has a twin sister named Brooklyn who is two minutes older than her. Also, she has three other sisters named Paisley, Kamri, and Rylan. Also, she has a brother named Daxton. Daxton and Paisley were adopted.

When they were just 18 months old, their mother started posting videos on YouTube in which she styled their hair in many different ways. Her family follows the Mormon religion. Her ethnicity is Caucasian.

Where is Bailey studying?

McKnight is attending Baylor University with her sister. Currently, they are majoring in entrepreneurship and in their senior year.

Bailey McKnight first appeared in her mother’s YouTube channel, ‘CuteGirlsHairstyles’ when she was still just 18 months old. In the channel, her mother made up her and Brooklyn’s hair into different styles which became very popular. In March 2013, the twins created their own channel, ‘BrooklynAndBailey’ in which they posted their own videos about fashion, beauty care, DIY, vlogs, crafts, etc. Their content is interesting and they also posted tips on dating, babysitting jobs, applying makeup for the first time, how to get braces, etc.

In 2015, Business Insider listed the twins as one of ‘13 up-and-coming YouTube stars you should be following’. In early 2017, they announced their entrance into the music industry releasing their first track, ‘Dance Like Me’ on March 3, 2017. The following month, they released their second single, ‘SiMPLE THiNGS’.

In 2017, they also launched their own merchandise line and were a part of the Forbes list of Top Influencers – Kids.

As of July 2020, their videos have a total of 1.2 billion views and their channel has over 6.67 million subscribers.

What is the Net Worth of Bailey McKnight?

How tall is Bailey McKnight?

Bailey McKnight stands at a height of 5 feet 3 inches and weighs around 55 kg. Her body measurements for breasts, waist, and hips are 32-24-34 inches. She has brown hair and a pair of blue eyes.

Who is Bailey McKnight dating?

Our contents are created by fans, if you have any problems of Bailey McKnight Net Worth, Salary, Relationship Status, Married Date, Age, Height, Ethnicity, Nationality, Weight, mail us at [email protected]