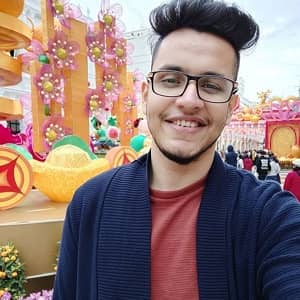 Triggered Insaan is a popular Indian Youtuber. He is very popular on the platform for his PUBG live-streams, commentaries, reactions, and roasts.

When was Triggered Insaan born?

Triggered Insaan, real name Nischay Malhan, was born on the 14th of November, 1995 in New Delhi, India. As of now, his age is 25. His nationality is Indian and his ethnicity is Asian.

Talking about his parents, his mother Dimple Malhan, is also a  Youtuber. Not much is known about his father though. Nischay was raised alongside two siblings, a brother Abhishek and a sister Prerna. Both his siblings are also Youtubers popular on the platform. His mother’s channel Dimple’s Kitchen has been gaining a lot of popularity for the informational content on cooking and his brother’s channel, Fukra Insaan is popular for its challenge videos.

Talking about his education, Nischay is studied at the Indraprastha Institute of Information Technology (IIIT) in Delhi. He graduated the college with a degree in engineering.

How did Triggered Insaan build his career?

Starting out Nischay worked several jobs in the IT and engineering field. Soon after though, he got fed up and left the job. He couldn’t tell his parents that he didn’t have a job so initially, he pretended to go to his job and went to his friend’s house to record short videos.

Nischay then created a channel, Yes Yes Bhai, and started uploading his videos there. His effortless jokes and charismatic personality was loved by the audience and soon enough, his videos started going viral. He then told his parents that he wanted to be a Youtuber and concentrated all of his time on Youtube. He also changed his channel name two more times before coming up with the current name, Triggered Insaan.

Nischay’s content on his channel has a lot of variety. He uploads everything from PUBG gameplays and live streams to roasts, challenges, and reactions on his channel. His enjoyable reactions and roasts to things happening on social media, Bollywood, and the Indian Media are always hilarious and entertaining to watch. All of this has earned him over 7.9 million subscribers on Youtube as of 2020.

He also collaborates with his siblings and other creators occasionally on his channel. On top of this Nischay also has a second channel, Live Insaan, with over 4.6 million subscribers.

What is Triggered Insaan’s net worth?

As of 2020, Triggered Insaan has an estimated net worth of roughly $5 million. He has not revealed anything regarding his annual salary.

What are Triggered Insaan’s physical statistics?

Nischay stands at a height of 5 feet 9 inches and his weight is roughly 65 kilograms. He has a fit and balanced physique with dark brown eyes and black hair.

Who is Triggered Insaan dating?

As of now, Triggered Insaan is most probably single. He is private about his love life but as of now, it seems that he is focused on his Youtube career. He has also not shared any details regarding his past relationships and girlfriends.

Our contents are created by fans, if you have any problems of Triggered Insaan Net Worth, Salary, Relationship Status, Married Date, Age, Height, Ethnicity, Nationality, Weight, mail us at [email protected]