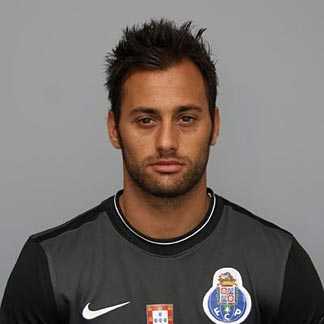 Antonio Alberto Bastos Pimparel or simply known as Beto is a Portuguese professional football player who plays as a goalkeeper for Portugal national football team and Turkish football club, Goztepe S.K. He started his professional football from Portuguese club Sporting CP and has played for several other clubs including Casa Pia, Chaves, Marco Leixoes, Porto, CFR Cluj, Braga, Sevilla, and Goztepe. Besides playing for several European football clubs, he has also represented the Portuguese U-21 side and has been representing Portugal senior team since 2009. The goalkeeper has played in FIFA World Cup in 2010 and 2014 editions and UEFA Euro 2012. He was also included in the Portuguese squad for the 2018 FIFA World Cup in Russia.

Beto was born on 1 May 1982. His birthplace is Lisbon, Portugal. He holds Portuguese Nationality. Detailed information about his parents is not found in any source of media. At the age of 10, he started his amateur football career at Ponte Frielas in 1992.

Beto joined the Sporting CP youth system in 1995. He was promoted to the club’s senior team in 2002. He was loaned to neighbors Casa Pia AC in the same year. Beto then joined G.D. Chaves in 2004 and moved to F.C. Marco, a season later. In 2006, he joined Lexioes S.C, where he helped his club to return to the Primeira Liga.

He was loaned to Romanian club CFR Cluj for the 2011-12 season, where he won Liga I for the club.

He then returned to his home country in 2012, signing with S.C. Braga for two years.

After the end of his first season at Braga, the club loaned Beto to Spanish club Sevilla in 2013. Sevilla made his move permanent in the same year. He has won UEFA Europa League twice in 2013-14 and 2014-15 with Sevilla. Following the rise of David Soria from the club’s youth system, Sevilla demoted Beto to the third-choice.

In August 2016, Beto returned to Sporting, where he signed a two-year contract with the club.

After a season at Sporting, Beto Turkish club Goztepe in July 2017 for an undisclosed fee.

Beto does not have any official accounts on social media like Instagram or Facebook. Thus, his personal life is quite private. No information about his personal life can be found in any online media. We are still uncertain about his relationship status. He might be single or married.

Net Worth of Beto

As of 2018, the 36-years old goalkeeper has an estimated net worth reported to be around $750,000. He has an annual salary of around $704k. His net worth comes from his assets, incomes, and endorsements.

Our contents are created by fans, if you have any problems of Beto Net Worth, Salary, Relationship Status, Married Date, Age, Height, Ethnicity, Nationality, Weight, mail us at [email protected]