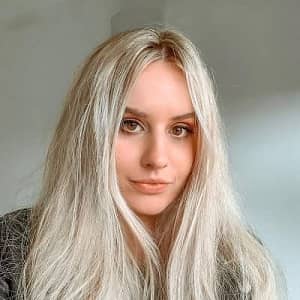 Blair Walnuts is a popular Bulgarian Youtuber and social media personality. She is popular on Youtube for her different challenge videos and videos of her trying out different things.

When was Blair Walnuts born?

Blair Walnuts was born on the 3rd of December, 1995 in Bulgaria. As of now, her age is 25. Her nationality is Bulgarian and her ethnicity is Caucasian. Currently, Blair resides in the U.S.

Blair is very private when it comes to her personal life. As such she has not even revealed the names of her parents as of now. She has also not shared any details regarding her siblings and so, it’s possible that she is a single child.

Blair’s education is also a subject of mystery. She has revealed that she is a college graduate. But she has not shared anything about where she graduated from and with what degree she graduated.

How did Blair Walnuts build her career?

Blair Walnuts started her Youtube career by creating her self-titled channel in the September of 2017. She started uploading a few months later in December of the same year. Most of Blair’s videos are vlogs, challenges, and videos of her trying out various different things. Among her content her series of, I tried eating like… are especially popular. In this series, Blair tries the diet of popular celebrities for a week and gives her a review on how hard they are and how effective they are. Until now, Blair has tried eating like Kendall Jenner, Blackpink, Tom Brady, and many more celebrities. She also tries popular workouts, trends, and routines on her channel.

As of now, Blair Walnuts has gathered over 833k subscribers on her channel. She uploads frequently and her charm and likable personality has helped her gain a loving fanbase. Blair also uploads vlogs occasionally and fans love her entertaining vlogs as well. On top of Youtube, Blair is also very popular on Instagram. As of now, her fashionable posts along with her modeling photos and comedy videos have helped her gather over  148k followers on her account.

What is Blair Walnuts’ net worth?

As of 2021, Blair Walnuts has an estimated net worth in the range of 100k-500k U.S. dollars. Blair has not revealed her annual salary as of now.

What are Blair Walnuts’ physical statistics?

Blair is blessed with good looks and has built a balanced and attractive figure. Her hair is blonde and her eyes are dark brown in color. Unfortunately, Blair has not revealed her other statistics such as height, weight, and body measurements as of now.

Who is Blair Walnuts’ dating?

Blair is currently in a relationship with her longtime boyfriend, Youtuber Nik Stonestreet. The couple has been together since 2012 and got engaged in 2019. They have a healthy and loving relationship and they frequently post pictures together. And looking at the relationship, it is sure to last for many years to come and we wouldn’t be surprised if they got married anytime soon.

Blair Walnuts is active and popular on social media. As of now, she has over 148k followers on Instagram and over 13k followers on Twitter.

Our contents are created by fans, if you have any problems of Blair Walnuts Net Worth, Salary, Relationship Status, Married Date, Age, Height, Ethnicity, Nationality, Weight, mail us at [email protected]