She is best known for her work in Sound of My Voice, Another Earth, and The East. 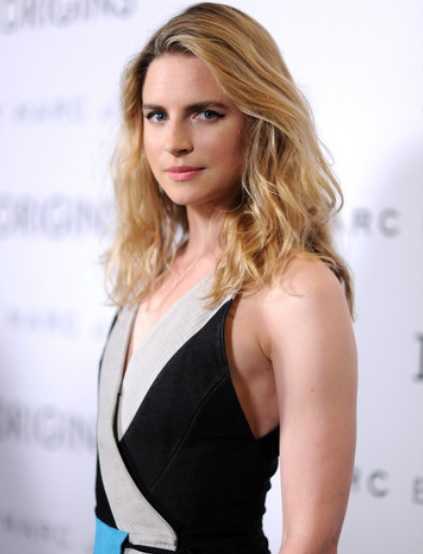 I feel like success to me is about feeling like I have done something in storytelling, where I've gotten close to articulating something intangible that I'm feeling, and I think I get closer every time, but I don't know that I've done that yet

But, it has something to do with having belief in a human future and what that human future is. What is the future of humanity? How does this whole experiment not self-destruct with the environment and everything else going on?

Brit Heyworth Marling, popularly known as Brit Marling is an American actress and screenwriter. She is best known for her work in Sound of My Voice, Another Earth, and The East. She co-created, wrote the Netflix series, The OA. She also starred in The OA. She has over 181k followers on her Instagram.

Second Season “Part II” of The OA Released This March 2019

The wait is over for those who loved The OA season 1 “Part I” and waited for the second part of The OA. Season 1 of the Netflix mystery drama series, written and produced by Brit Marling and Zal Batmanglij was previously released in December 2016. The second season of The OA was released on 22 March 2019.

– Her positions in The East, Another Earth, and Sound of My Voice.

– Her contribution to The OA (co-created, wrote, and starred in).

Dr. Phillips High School was her alma mater. She went to Georgetown University after high school. In 2005, she earned a bachelor’s degree in economics and studio art from Georgetown University. In her class, she was valedictorian. Her parents urged her to concentrate on academics rather than acting.

She began her career as an investment analyst intern at the investment banking firm Goldman Sachs.

She felt as if her internship had no significance in her life during her time there. As a result, she declined the firm’s work offer.

She then traveled to Cuba with Mike Cahill, a long-time associate, to film the documentary Boxers and Ballerinas. She co-wrote the film with Cahill and Zal Batmanglij, another long-time collaborator friend. She also worked on the film as a co-director. In 2004, the film helped Marling gain popularity.

In 2005, Marling, Cahill, and Batmanglij relocated to Los Angeles.

She went to a number of auditions.

She declined roles in horror movies.

In 2009, she joined the freegans with her friend and coworker Batmanglij. They ate food from dumpsters while living in tents. They developed these to learn how other young people built meaningful lives.

Sound of My Voice and Another Earth, both released in 2011, were co-written, co-produced, and starred in by her. The films were directed by her collaborators Batmanglij and Cahill.

In 2012, she starred in the films Arbitrage and The Business You Hold.

In 2013, she co-wrote and starred in the film The East. Batmanglij was the director of the film. The film is based on the duo’s experiences as freegans and their concerns about prescription drug side effects.

She went on to star in the 2014 films The Better Angels, I Origins, The Keeping Space, and Posthumous.

In 2011, she made her television debut as Paige in an episode of the TV show Community.

In 2014, she played Liz Garvey in seven episodes of Babylon.

The OA, a Netflix drama series she co-wrote with Batmanglij, premiered in 2016. Along with Dede Gardner, Jeremy Kleiner, and Michael Sugar, they also created the series.

She also appeared in the TV show The OA.

The OA’s second season premiered in March of this year.

Who is Brit Marling dating at the moment?

Brit Marling is reportedly single. She might be single or dating someone but no rumors regarding her affair have surfaced yet. She has managed o maintain her personal life away from the limelight to date. If she is in a relationship, she would eventually reveal it in the near future. Previously, she was romantically linked with her longtime writer and director friend, Mike Cahill. The two reportedly dated for 8 years from 2004 to 2012.

She lives in Los Angeles, California.

What are Brit Marling’s Body Measurements?

What is Brit Marling’s Net Worth?

The American actress earns working in the entertainment industry. She left a career in the banking sector in order to pursue her career in acting. She was interested in acting since the beginning. She earns her income as an actress and a screenwriter. As of 2019, her net worth is estimated at $4 million.

Our contents are created by fans, if you have any problems of Brit Marling Net Worth, Salary, Relationship Status, Married Date, Age, Height, Ethnicity, Nationality, Weight, mail us at [email protected]