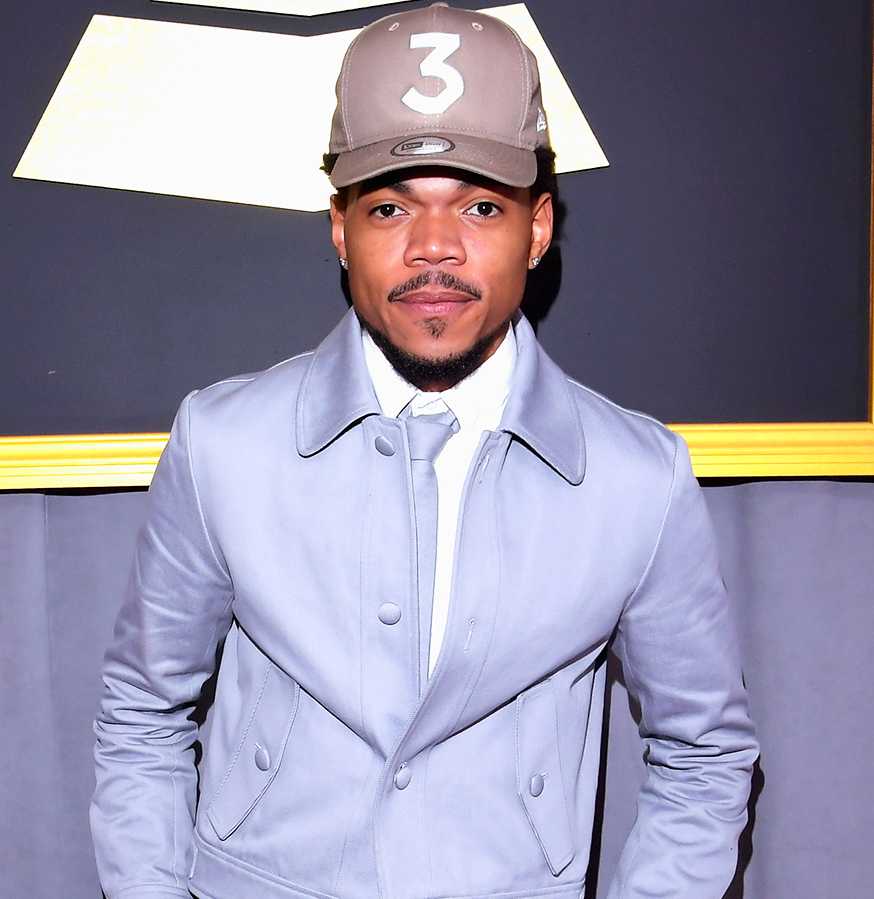 Facts of Chance The Rapper

Something I try to instill in others is to just be a good person. It's a decision you make a million times a day. But if you just keep trying, good stuff comes to

I've come to understand that art is awesome and beautiful because it's a reflection of life - but it's just a reflection, and the real thing is my daughter.

There's so much positivity in the world and your day-to-day life that to go as far as to say that you hate something or you wish it didn't exist and all the bad things in the world happen to you and only you, it's a joke. It's not real to have that much hate in your heart.

Chancelor Jonathan Bennett, popularly known as Chance the Rapper is an American rapper, singer, songwriter, actor, and activist. He released his debut mixtape, 10 Day in 2012. He rose to mainstream recognition after he released his second mixtape, Acid Rap in 2013. His third mixtape, Coloring Book earned him three Grammy Awards. He released his debut studio album, The Big Day in July 2019. Alongside his solo career, he is a member of the Chicago collective group, SaveMoney. He is also the vocalist for the band, the Social Experiment.

What is Chance the Rapper Famous For?

Where was Chance the Rapper Born?

Chance the Rapper was born on 16 April 1993. His birth name is Chancelor Jonathan Bennett. His birth place is in Chicago, Illinois in the United States. He holds American nationality. He was born to a father, Ken Williams-Bennett, and a mother, Lisa Bennett. He has a younger brother, Taylor Bennett. He grew up in the middle-class neighborhood of West Chatham on Chicago’s South Side. He attended Jones College Prep High School. He was a member of the Jewish Student Union at high school. His religion is Christian.

He has personally met President Barack Obama in his youth. His father was an aide to then-Senator Obama and later worked in the Department of Labor during Obama’s first term.

His interest in music grew at an early age. He later started listening to hip-hop music after hearing Kanye West’s “Through the Wire”. He purchased Kanye’s debut album, The College Dropout. They later met each other at Bonnaroo Music Festival in August 2014.

He started rapping in the sixth grade. He formed the hip-hop duo Instrumentality alongside a friend while at Jones College Prep High School in his freshman year. His early performances took place at the YOUmedia Lyricist Loft at Harold Washington Library in Chicago. He finished second in a local songwriting contest. He spent most of his junior year and a senior year writing a draft for his debut project. He was suspended for 10 days after being caught smoking cannabis. After graduating from high school, he attended a community college but dropped out just after a week.

While he was suspended at high school for marijuana possession on campus, he went on to record his first full-length mixtape, !0 Day. He released his debut mixtape in April 2012. His debut mixtape helped to make a connection with several producers. His debut mixtape was featured on Forbes Cheap Tunes column.

He released his second mixtape, Acid Rap in April 2013. Acid Rap debuted at number 63 on the Billboard Top R&B/Hip-Hop Albums chart. The record has been downloaded over 1.5 million times. Acid Rap was listed on multiple 50 best albums of 2013 lists. His debut mixtape was downloaded over 500,000 times. Other artists such as Twista, Vic Mensa, Saba, BJ the Chicago Kid, Action Bronson, Childish Gambino, and Ab-Soul were featured on his mixtape.

He was also the vocalist for the band the Social Experiment.

They released an album, Surf for free on the American iTunes store as an iTunes Exclusive in May 2015.

He worked with the rapper Lil B to release their collaborative mixtape, Free in August 2015.

He released his third mixtape, Coloring Book in May 2016. The album debuted at number eight on the US Billboard 200 chart.

He curated and headlined the Obama Foundation community event at the Wintrust Arena in Chicago in November 2017.

He performed at Mac Miller tribute concert, Mac Miller: A Celebration of Life, on 31 October 2018.

He released his debut studio album, The Big Day in July 2019.

He volunteered with Obama’s reelection campaign by phone banking in Hyde Park, Chicago.

He gave speeches at the University of Chicago Institute of Politics.

He hosted the free youth festival, Teens in the Park event at Chicago’s Northerly Island in June 2016.

He co-created a new nonprofit called SocialWorks in September 2016. The foundation aims to create youth programs for residents of Chicago.

He has actively fought to combat gun violence in his hometown of Chicago. He promoted “#SaveChicago” campaign in 2014.

Mayor Rahm Emanuel presented him the Chicago’s “Outstanding Youth of the Year” Award in November 2014.

He was one of the musicians including Alicia Keys, Busta Rhymes, Janelle Monae, and J. Cole to meet with then-President Obama at the White House to discuss the My Brother’s Keeper Challenge initiative in April 2016. He had already met Obama in his youth.

He announced his intention to donate $1,000,000 to Chicago Public Schools in order to help offset the lack of government funding provided.

He was an active supporter of Amara Enyia in the 2019 Chicago mayoral election. He also endorsed Enyia at the election. However, Enyia did not advance to the mayoral runoff and he endorsed Preckwinkle.

2017 BET Awards (Best Collaboration) for “No Problem” (with Lil Wayne and 2 Chainz).

Who is Chance the Rapper Married to?

He lives with his family in his hometown of Chicago.

He was a user of several recreational drugs such as LSD and Xanax. He does not use those anymore.

What is Chance the Rapper Net Worth?

He has also taken interest in the fashion industry. He designed hats for the Chicago White Sox. He wore a suit that was meant to imitate Michael Jackson at the 2017 BET Awards and Thom Browne clothing at the 2017 Grammys.

He purchased the Chicago journalism website Chicagoist from WNYC in July 2018. The website had been inactive since 2017. It is planned to relaunch in 2019.

Our contents are created by fans, if you have any problems of Chance The Rapper Net Worth, Salary, Relationship Status, Married Date, Age, Height, Ethnicity, Nationality, Weight, mail us at mar[email protected]