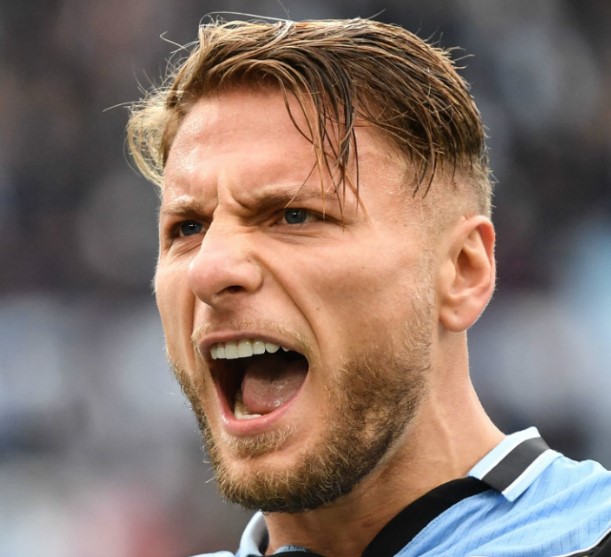 Ciro Immobile is an Italian professional football player. He plays as a striker for Serie A club Lazio. He started his professional football career from Juventus in 2009. He later played for several clubs in Europe including, Genoa, Torino, Borussia Dortmund, and Sevilla before joining Lazio in 2016. He has established himself as one of the prolific goalscorers in Lazio. With Lazio, he won the 2018-19 Coppa Italia and Supercoppa Italiana in 2017 and 2019.

On the international level, he represented Italy football teams at various age levels. He later made his senior international debut in 2014.

What is Ciro Immobile Famous For?

Where was Ciro Immobile Born?

Ciro Immobile was born on 20 February 1990. His birth place is in Torre Annunziata in Italy. He holds Italian nationality. He was born to a father, Antonio Immobile, and a mother, Michela Immobile. He has a brother named Luigi Immobile. His zodiac sign is Pisces. He belongs to white ethnicity.

Ciro Immobile is a married man. He is married to his model girlfriend, Jessica Melena. The couple got married in 2014 and shares two daughters together, Giorgia and Michela, and a son.

How Tall is Ciro Immobile?

Ciro Immobile stands at a height of 1.85 m i.e. 6 feet and 1 inch tall. He has a body weight of 158.5 lbs i.e. 72 kg. He has an athletic body build. His eye color is blue and his hair color is dark brown. He highlights his hair blonde. His sexual orientation is straight.

Our contents are created by fans, if you have any problems of Ciro Immobile Net Worth, Salary, Relationship Status, Married Date, Age, Height, Ethnicity, Nationality, Weight, mail us at [email protected]