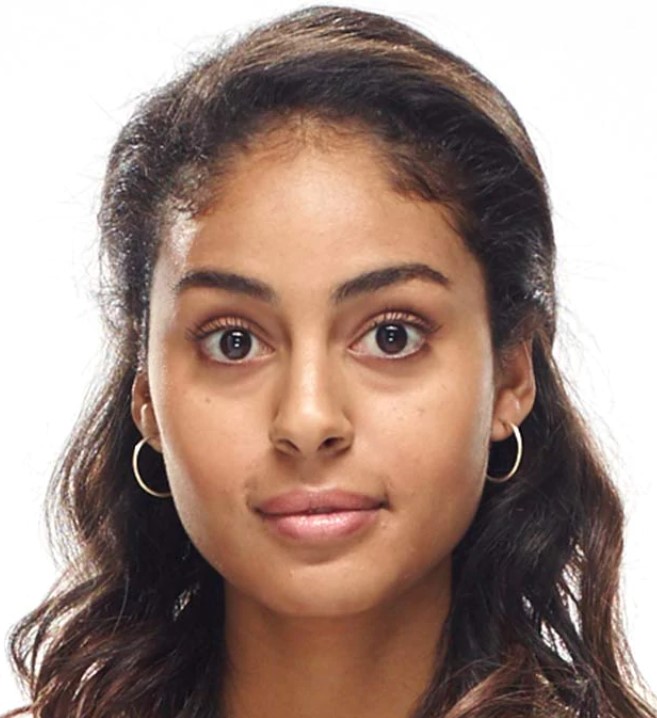 Clark Backo is a Canadian actress and model. She rose to prominence after portraying  Patience Turner in the 13th season of one of the most popular TV series ‘Supernatural’. She has appeared in several TV series such as  ‘Hemlock Grove’,  ‘Letterkenny’,  ’21 Thunder’, and  ‘The Handmaid’s Tale’.

She made her big-screen debut portraying the character, Brennan in the movie ‘Sadie’s Last Days on Earth’ which released on December 9, 2016.

She is quite active in social media sites with over 29k followers on Instagram @clarkb and over 8k followers on Twitter @ClarkBacko.

What is Clark Backo popular for?

Famous as a Canadian actress and model.

Where was Clark Backo born?

Clark Backo was born in the early 1990s in Montreal, Quebec, Canada. However, her exact date of birth is not known. She holds Canadian nationality and belongs to a mixed racial group. Her religious practice is not established.

She keeps her personal life in private and she hasn’t shared any information about her parents, siblings, and early life yet.

Regarding her career, she attended acting classes at the respected Straeon Studio, in the class of popular professor Jock MacDonald.

Clark Backo made her acting debut with a minor role in the series entitled ‘Beauty and the Beast’ in 2012.

In 2015, she landed two roles as Lydia Lourdes in the TV series ‘Hemlock Grove’ and as Rhianna in the Canadian TV series ‘Remedy’.

Clark Backo made her big-screen debut portraying the character, Brennan in the movie ‘Sadie’s Last Days on Earth’ which released on December 9, 2016.

In 2017,  she landed her most unforgettable roles as Emma Lavigueur in the Canadian TV drama series entitled ’21 Thunder’,  and as Patience Turner in the American TV series ‘Supernatural’.

In the following year, she appeared in two movies such as ‘Birdland’ and ‘Seven in Heaven’.

She also guest-starred in several TV series including ‘The Handmaid’s Tale’ and ‘Wayward Sisters in 2018.

In 2019, Clark starred on a TV mini-series named ‘The Hot Zone’, in which she plays one of the main characters, Liz Gellis. The series was based on the 1994 non-fiction book of the same name by Richard Preston.

Who is Clark Backo’s boyfriend?

Clark Backo is single and likely in a dating relationship with a mystery guy whose Instagram name of  Frenchto. She is also seen sharing cute pictures with him. However, they haven’t made their relationship official yet.

How big is Clark Backo?

Clark Backo is a gorgeous lady with a well maintained slender body. She stands at a height of 1.65m (5 feet and 4 inches) tall and her body weighs about 54kg (119 lbs.). She has Black hair and a pair of stunning Brown eyes. Her sexual orientation is Straight.

What is the net worth of Clark Backo?

Clark Backo has very strong earnings from her professional career as an actress. As of 2020, she has an approximate net worth of $700k. However, her salary and other assets are not disclosed yet

Our contents are created by fans, if you have any problems of Clark Backo Net Worth, Salary, Relationship Status, Married Date, Age, Height, Ethnicity, Nationality, Weight, mail us at [email protected]m