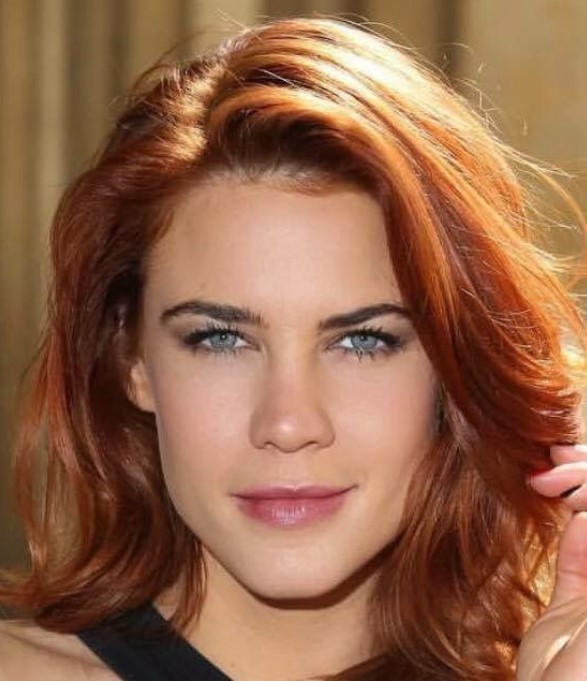 Courtney Hope is an American actress who is well-known for her role as Sally Spectra in the popular television drama series, “The Bold And The Beautiful”. Hope also got recognition for her role as Anna in 2016’s “Allegiant”. Her other television credits include “CSI: Miami”, “NCIS” and “Quantum Break”. Hope will be seen playing the sweet and spicy character Sally Spectra in CBS soap opera, “The Young and the Restless”.

What is Courtney Hope Famous for?

Famous for her role as Sally Spectra in the series, “The Bold And The Beautiful”.

Where was Courtney Hope Born?

Courtney Hope was born on August 15, 1989, in Dallas, Texas, United States. Her birth name is Courtney Ann Hope. Her nationality is American. Hope belongs to White ethnicity while Leo is her zodiac sign.

Born and raised in her hometown Dallas, Courtney Hope had an older brother named Jamie Hope. On her late brother’s 48th anniversary, Hope gave a tribute writing heart-breaking beautiful, and moving tribute to him.

She had an interest in acting since her childhood and was a competitive dancer since then. She attended a performing arts school later moved to Los Angeles at the age of 16 to pursue her education as well as to pursue an acting career with the support of her parents.

She then joined the college from where she graduated with an associate’s degree in psychology at the age of 18. As soon as she moved to LA, she landed several commercials right away making her way on Joan of Arcadia, Mrs. Harris, Related, and Dogg’s Hamlet, and Cahoot’s Macbeth.

Courtney Hope started her career initially as a fitness instructor at Cardio Barre. Hope got her initial roles in “Born in the U.S.A.”, “Out of Jimmy’s Head”, and “Grey’s Anatomy” in 2007.

With her minor roles in series, HOpe moved on to have some appreciated roles in “Mob Rules”, “CSI: Miami”, “Criminal Minds”, “NCIS: Los Angeles”, “NCIS, Bones”, “Quantum Break”, and “Transparent”.

Hope got her first lead role in movies starting with “Prowl” followed by “Revan”, “Swelter”, “Allegiant”, and “Displacement”. Courtney got her biggest breakthrough with the role of Sally Spectra on the soap opera, “The Bold and the Beautiful” in 2017.

Her other works are “A Merry Christmas Match”(2019) and “A Friends Obsession”(2018). She will be seen as Sally Spectra in CBS soap opera, “The Young and the Restless” in November 2020.

Courtney Hope is currently in a relationship with Chad Duell. Chad Duell is also an actor who is well known for starring in “General Hospital”. The couple started their affair in 2016 and are currently living a happy life together ever since. Chad was previously married to his ex-wife Taylor Novack. However, they called off their relationship with a divorce in the same year 2012.

Courtney Hope has quite good earnings from her professional career as an actress. Having her career started in 2002, Hope has managed to come a long way up becoming one of the popular actresses in her decade long career. Her source of income is surely her movies and series. Including her incomes, Hope has a healthy net worth estimated to be around $4 million.

Courtney Hope is a gorgeous lady with a well maintained hour-glass body physique in her 30s. She stands tall with a height of 5ft. 7inch.(1.70 m) while her body weighs around 59kg(130 lbs). Her body measurement is around 33-24-34 inches with a bra size of 33B, and 12 US as her dress size. She has a fair complexion with brown hair and green eyes.

Our contents are created by fans, if you have any problems of Courtney Hope Net Worth, Salary, Relationship Status, Married Date, Age, Height, Ethnicity, Nationality, Weight, mail us at [email protected]