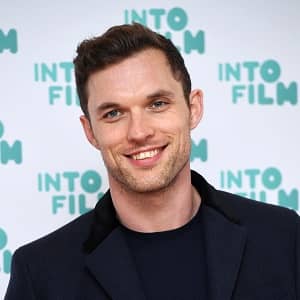 Ed Skrein is a popular English actor and also a rapper. In movies, he has even worked as the director and screenwriter at times. Most fans know him for roles in Game of Thrones, Deadpool, and The Transporter Refueled, to name a few.

When was Ed Skrein born?

Ed Skrein; full name Edward George Skrein; was born on the 29th of March, 1983 in Camden, London, England. As of 2020, his age is 37. His nationality is English and his ethnicity is mixed. Also, it’s worth noting that he is of Austrian Jewish descent.

Skrein has not revealed much about his parents, not even their names. However, we do know that he was raised in the London boroughs such as Camden, Haringey, and Islington. Skrein has also not said anything about his siblings, so he’s probably a single child.

Talking about his education, Ed Skrein attended Fortismere School. After this, he went on to attend Byam Shaw School of Art, which he graduated with a BA hons degree in fine art painting.

How did Ed Skrein build his career?

Skrein started his acting career with a Plan B’s short movie, Michelle. After this, he continued his career with the role of Edward Richardson in III Manors. He started gaining a bit of traction in the movie and TV industry with this role and soon, he was cast in Game of Thrones. He appeared in 3 episodes og the show as Daario Naharis, and though his time in the show was short, he gained a lot of popularity and fans thanks to the popularity and reach of the show. Skrein starred in a few other movies after this and in 2015, he got the main role in the reboot of the popular Transporter films, The Transporter Refueled.

Then, just a year later, Ed got the role of the main villain in the anticipated Marvel movie, Deadpool. The movie performed really well and Skrein’s portrayal of the primary antagonist Francis Freeman Ajax was loved by critics and audiences alike. This even got him two nominations and he won the MTV Movie Award For Best Fight, which he shared with Ryan Reynolds. In the following years, he has appeared in other popular movies such as Maleficent 2, Alita Battle Angel, and Born a King.

On top of this Skrein has worked to create his own short movie, Little River Run. He also worked in the music industry in the past and has released a couple of albums and EPs, which included collaborative efforts with other British musician s and rappers.

What is Ed Skrein’s net worth?

As of 2020, Skrein has an estimated net worth of 2 million U.S. dollars, He has not shared any information on his annual salary.

What are Ed Skrein’s physical statistics?

Ed stands at a height of 6 feet 1 inch and his weight is roughly 87 kilograms. He is blessed with good looks and has built an attractive muscular physique through the years. His eyes are blue and his hair is light brown.

Who is Ed Skrein dating?

Ed is very private when it comes to his love life. He has a son, Marley who was born in 2011, but he has not revealed his mother yet. It’s likely that he is in a relationship with Marley’s mother but we can’t say for sure as Ed has not shared any information on the matter. There are also several rumors that he was recently blessed with a second child with his girlfriend.

Ed Skrein is active and popular on social media. He has over 263k followers on his Instagram and over 62k followers on Twitter as of now.

Our contents are created by fans, if you have any problems of Ed Skrein Net Worth, Salary, Relationship Status, Married Date, Age, Height, Ethnicity, Nationality, Weight, mail us at [email protected]

Tom Holland and Zendaya are dating! Know what they said about their relationship and companionship!
Tags : #Deadpool#English Actor#Game of Thrones