Eliud Kipchoge is touted as the greatest marathoner of the modern era. 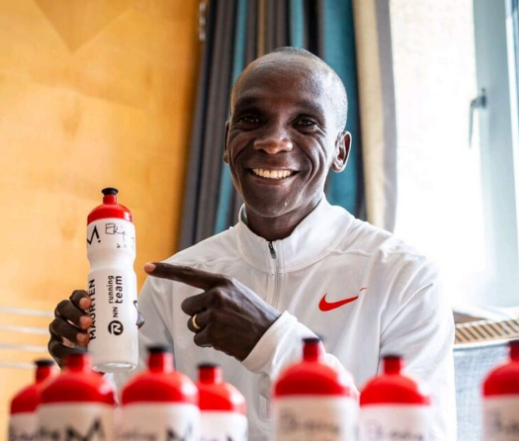 Athletics is not so much about the legs. It's about the heart and mind

If you believe in something and put it in your mind and heart, it can be realised

Eliud Kipchoge is touted as the greatest marathoner of the modern era. Behind his contagious smile, He is a man who has won 10 of the 11 marathons he has entered. And Eliud Kipchoge doesn’t just win marathons; he has been breaking world records in his wake. It did not come as a surprise when he was named the 2018 IAAF male athlete of the year. Kipchoge broke the world record in the 2018 Berlin Marathon with an impressive time of 2 hours 1 minute and 39 seconds, the greatest improvement since 1967.

What is Eliud Kipchoge’s claim to fame?

Eliud Kipchoge was born in which country?

Eliud was born in Kapsisiywa, Nandi District, Kenya. He was raised by a single mother (a teacher) and knew little about his father except through photos. He is the fourth child in a family of four. His parents and siblings were not identified. We will inform you in the event of disclosure.

He graduated from Kaptel Secondary School in 1999. His training began early, albeit accidentally, when he was required to run the two miles to school. He did not meet his trainer Patrick Sang until 2001. He was just sixteen years old at the time.

When did Eliud Kipchoge begin training for the Marathon?

His 3000 meter personal best of 7:27.66 places him 12th all-time at the distance, while his 5000 meter personal best of 12:46.53 places him fourth all-time in the event. Eliud transitioned to marathon running in 2012, when he ran his first half marathon in 59:25 minutes, the third-fastest debut half marathon in history. He ran his first marathon at the 2013 Hamburg Marathon, where he set a new course record of 2:05:30. Later that year, at the Berlin Marathon, he built on this by running 2:04:05, the fifth-fastest marathon in history at the time. He won the London Marathon three times between 2015 and 2018. He also won the 2015 Berlin Marathon in 2:04:00, improving his personal best by 5 seconds despite his shoes’ insoles falling loose early in the race.

In 2016, he built on this personal best once more, winning the London Marathon in 2:03:05 (the second-fastest time ever on a record-eligible course at the time and setting a new course record), followed by a gold medal at the 2016 Summer Olympics in 2:08:44.

On 6 May 2017, he ran the marathon distance in 2:00:25 at the Monza racetrack in Italy as part of the Nike Breaking2 project. His time is the fastest marathon ever run, but does not qualify as a world record due to the circumstances surrounding it.

On 16 September 2018, he set out to break the official marathon world record and establish himself as the world’s best marathon runner, which he accomplished by smashing the previous record held by his compatriot Dennis Kimetto by 1 minute 18 seconds in a time of 2:01:39 at the Berlin Marathon.

Kipchoge won the 2019 London Marathon in 2:02:37 [86], the second-fastest marathon time in history, trailing only his 2018 Berlin Marathon victory. His fourth victory in London sets a new course record, surpassing his 2016 record by 28 seconds.

Who is Eliud Kipchoge’s wife?

He was a married man, reflecting on his personal life. He is the husband of Grace Sugutt. The couple blessed three children together; their children’s names are not public. They are currently living a blissful life in Eldoret, Kenya, with their children, without any rumors of divorce or separation.

How much is Eliud Kipchoge’s net worth?

From his earnings on and off track, Eliud Kipchoge estimated net worth can be upwards of $500 million. But his exact figures of net worth and salary is yet to be disclosed. In the case of disclosure, we will let you know.

How tall is Eliud Kipchoge?

Observing his body statistics, Eliud stands at a height of 5 feet 5 inches and weighs around 56 kg. He has an athletic body. His other body information was yet to be disclosed. in the case of disclosure, we will let you know.

Our contents are created by fans, if you have any problems of Eliud Kipchoge Net Worth, Salary, Relationship Status, Married Date, Age, Height, Ethnicity, Nationality, Weight, mail us at [email protected] 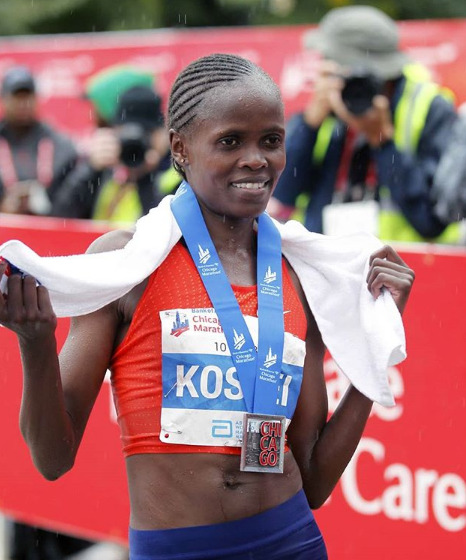