Ellen Page is a Canadian actress and producer popular. 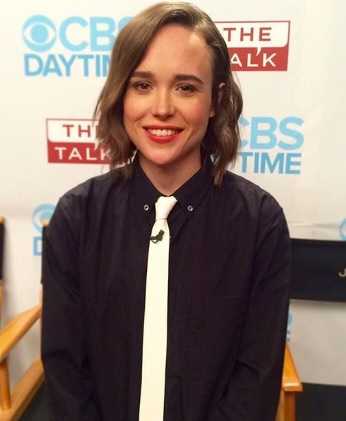 Ellen Grace Philpotts-Page is a Canadian actress and producer popular by the name Ellen Page. She started her acting career from the television film Pit Pony in 1997. She started gaining recognition after she appeared in the 2005 drama Hard Candy. Her title role in 2007 comedy film Juno is considered her breakthrough role. Her other best-known films and television series are X-Men series, An American Crime, The Tracey Fragments, Whip It, Super, and Inception.

She specifically mentioned the current US President, Trump and the current US Vice-President, Mike Pence, and their ideologies about the LGBTQ community has increased hate crimes in recent years. She gave the recent incident of Jussie Smollett as an example, where the Empire star was attacked by two white men making racial and homophobic slurs.

She asked everyone to connect the dots between what happened to Smollett and the current administration’s stand on LGBTQ people.

She said “If you are in a position of power and you hate people and you want to cause suffering to them, you go through the trouble, you spend your career trying to cause suffering…what do you think is going to happen? Kids are going to be abused and they’re going to kill themselves. People are going to be beaten on the street. I have traveled the world and I have met the most marginalized people you could meet. I’m lucky to have this time and this privilege to say this. This needs to fucking stop.”

People have shown their support across Twitter for standing up and speaking for the LGBTQ community.

Ellen Page was born on 21 February 1987. She was born to a father, Dennis Page, and a mother, Martha Philpotts. She belongs to white ethnicity. Her birthplace is in Halifax, Nova Scotia, in Canada. She holds Canadian nationality. She is an atheist. Her zodiac sign is Pisces.

She attended the Halifax Grammar School, Queen Elizabeth High School and graduated from the Shambhala School in 2005. She studied the Interact Program at Vaughan Road Academy in Toronto, Ontario.

She grew up playing with the action figures and climbing trees.

The television movie, Pit Pony later spun off into a television series, where she appeared from 1999 to 2000.

Other television films, she has worked in are Homeless to Harvard, Going for Broke, Ghost Cat, and I Downloaded a Ghost.

She has few voice roles in Glenn Martin, DDS, Family Guy, and Out There.

She made her film debut in the 2002 short film, The Wet Season.

Her most noticeable films are Hard Candy, X-Men series, An American Crime, Juno, The Tracey Fragments, Whip It, Inception, and Super.

She has appeared in other films including Touch & Go, Love That Boy, and Wilby Wonderful, The Stone Angel, Smart People, Peacock, To Rome with Love, The East, Touchy Feely, Tallulah, and Flatliners.

She has produced several films including Freeheld, Into the Forest, May Days of Mercy, and The Cured.

She had voice roles in the 2016 film, Window Horses.

She has voice roles in her upcoming films Naya Legend of the Golden Dolphins scheduled to release in 2019.

She was also featured in the 2013 video game Beyond: Two Souls.

Her role in the 2007 film Juno has earned her several accolades and nominations. She has won Teen Choice Award, Satellite Award, and several other awards and earned nominations including BAFTA Awards, Golden Globe Awards, Screen Actors Guild Awards, and Academy Awards.

She has won Gemini Best Supporting Actress Award for her role in 2004 ReGenesis.

She has won MTV Movie Award for Best Frightened Performance for her role in 2010 Inception.

She won Vancouver Film Critics Circle Award for Best Actress for her role in 2007 The Tracey Fragments.

Ellen Page is a married woman. She is married to dancer and choreographer, Emma Portner. They got married in 2018.

She came out as gay during a speech at the Human Rights Campaign’s “Time to Thrive” conference in Las Vegas on 14 February 2014.

She alleged filmmaker Brett Ratner in November 2017 that he outed her as gay on the set of X-Men: The Last Stand. She was 18 at the time.

She is a pro-choice feminist. She attended Buddhist school in her youth and practiced meditation and yoga. She practices a vegan lifestyle.

Net Worth, Source of Income, Commercials

As of 2019, her net worth is estimated at around $14 million. She has earned most of her fortune working in the entertainment industry. Working in the films and televisions are her main source of income. She also serves as a spokesperson for Cisco Systems in a series of advertisement as of 2010. She has also appeared in few of their commercials.

Our contents are created by fans, if you have any problems of Ellen Page Net Worth, Salary, Relationship Status, Married Date, Age, Height, Ethnicity, Nationality, Weight, mail us at [email protected]