Ferland Mendy is a French professional footballer who plays as a left-back for Lyon and the French national team. 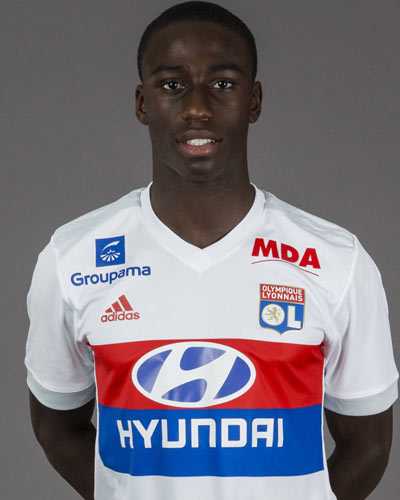 What is Ferland Mendy known for?

Real Madrid has signed left-back Ferland Mendy from Lyon in a deal worth up to £47.1m, which takes their summer spending close to £300m. He has signed a six-year deal at the Bernabeu.

The club has already signed Belgium forward Eden Hazard from Chelsea for a fee that could exceed £150m and Serbia striker Luka Jovic from Eintracht Frankfurt for a reported £53m.

In March, they signed Porto defender Eder Militao for £42.7m.

Another arrival this summer will be Brazil forward Rodrygo, 18, who Real signed from Santos for £40m in June 2018 but will join the squad in July.

Former Paris St-Germain youngster Mendy joined Lyon from Le Havre in 2017 and made 79 appearances for the Ligue 1 club in two seasons. He played in every game of their Champions League run to the last-16 last season.

He won the first of three caps for France in November and started Tuesday’s 4-0 win against Andorra in Euro 2020 qualifying.

Many people want to know if Ferland Mendy and Benjamin Mendy are actually brothers or related in one way or the other.

There are so many similarities between the pair, which has left a lot of people believing there is more than meets the eye than mere coincidence.

But I must assure you, it’s all coincidence. Checks by KikioTolu News revealed that the pair are not related by blood, except for being nationals of the same country.

Just like Kyle Walker and Kyle Walker-Peters both played in the same position for the same club at one point in time, despite not being related. We have another amazing pair at hand.

Where is the birthplace of Ferland Mendy?

Ferland Mendy was born in Meulan-en-Yvelines, France, Mendy is of Senegalese descent. As a young lad, he spent time in PSG’s youth ranks but was released due to a form of arthritis in his hip, forcing him to miss a good deal of football when he was aged 15, while he also lost his father at a young age.

Speaking on his early life history, he said; “I’ve not had an easy journey, it’s true, but I’ve never given up, now I’m here. This burning desire to succeed, it’s in my character. I’ve always been like that.”

Mendy grew up in a tough suburb on the outskirts of Paris and was taken on by Le Havre in his teenage years just like Paul Pogba, Riyad Mahrez, and Dimitri Payet. Also, there isn’t much information about the player’s family background, apart from his mother’s name, Monique Mendy. There is equally no information about his father and if he has any siblings or not.

When did Ferland Mendy pursue his football career?

Is Ferland Mendy in the relationship?

Reflecting on his personal life, Ferland Mendy is unmarried at present. There is no information available about his past and present affairs on the internet. That shows he probably single at present.

How much net worth is Ferland Mendy owns?

It is still too early to tell what the actual net worth of Ferland Mendy is, though once information on that is available, we are going to update this page.

Further, The French defender signed for Real Madrid in a deal worth an initial 48 million euros (£43 million), although an extra €5 million (£4.45 million) could also be paid in add-ons.

How tall is Ferland Mendy?

The professional football player stands at a height of 5 feet and 11 inches which is 1.80 meters and weighing 73 kg.  Similarly, His hair is black in color while his eyes color is dark brown as well. His other body stats are not known. In the case of disclosure, we will let you know.

Our contents are created by fans, if you have any problems of Ferland Mendy Net Worth, Salary, Relationship Status, Married Date, Age, Height, Ethnicity, Nationality, Weight, mail us at [email protected]