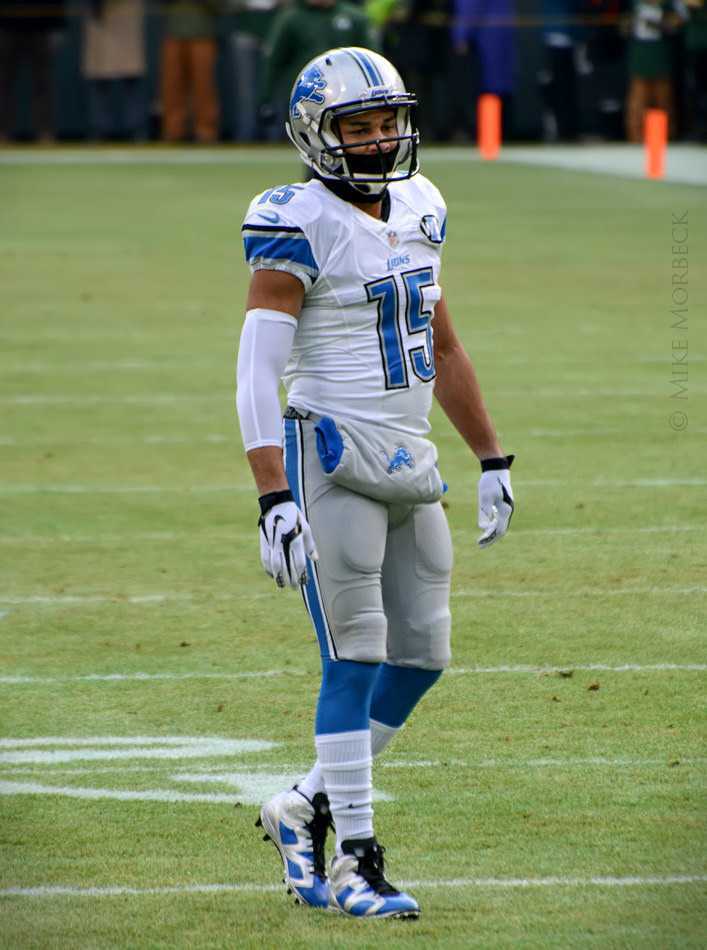 Golden Herman Tate III, an American football wide receiver for the Philadelphia Eagles of the National Football League (NFL). He is professionally known as Golden Tate. He was recognized as an All-American while he played college football at Notre Dame.

In the 2009 season, Tate won the Biletnikoff Award. He was also recognized as a unanimous first-team All-American. He was ranked 85th by his fellow players on the NFL Top 100 Players of 2015.

Golden Tate’s birth name is Golden Herman Tate III. He was born on 2 August 1988 at Hendersonville, Tennessee. He was born to Golden Tate II and Yolanda Tate. His father also played college football in his career. He has a brother named Wesley Tate who plays for Vanderbilt University as a running back. His younger twin sisters Breanna and Deanna Tate are both sprinters at The University of Mississippi. He belongs to American nationality.

Tate’s height is 1.78 m and weight is 89 kg. Other information is not provided about his body measurements. Overall, he has the balanced and fine body physique.

Tate is a married man. He is married to Elise Pollard who is an account executive and director of business development. The got engaged on 12 September 2015 and married in 2017. On 18 January 2018, they welcomed their first child and named her Londyn Marie Tate.

Net Worth of Tate

Tate career earning is of $33.98 M by Philadelphia Eagles which ranks 32 among active NFL players in 2018.

Our contents are created by fans, if you have any problems of Golden Tate Net Worth, Salary, Relationship Status, Married Date, Age, Height, Ethnicity, Nationality, Weight, mail us at [email protected]