Grant Henry Hill is a retired American professional basketball player who is a co-owner of the Atlanta Hawks. 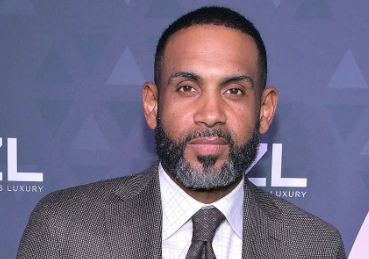 I want to do the best I can and let everyone else worry about legacies.

Happy Anniversary! Tamia and Grant Hill Celebrated 20 Years Of Marriage In The Bahamas

Tamia and Grant Hill Black Love goals not only because they’ve maintained a 20-year marriage… they also provide us with so many examples on how to keep the fun going in a relationship!

To celebrate their milestone anniversary, the couple headed to the Bahamas and brought their daughters Myla and Lael along for the family fun. There were plenty of laughs, smiles, and family fun as they Hills soaked in the beauty of Highborn Cay.

The couple looked like kids again as they enjoyed the crystal blue waters and the oceanside swing. “It’s the little things,” Tamia wrote under the adorable photo.

This vacation for the Hills is a well-deserved one. Grant Hill has been busy at work as a sportscaster and part-owner of the Atlanta Hawks. Tamia has steadily been performing and working on her music.

Who are the Parents of Grant Hill?

Recalling his early life, Grant Hill born as Grant Henry Hill. He was born to American parents, Calvin Hill, and Janet Hill in Dallas, Texas, the United States. He is American and is of African-American descent. His star sign is Libra.

Upon completing high school, he landed his steps at Duke University and played four years with the Blue Devils. However, her mother wants to attend Georgetown while her father chose the University of North California for him. He played outstandingly well during his college years and set many records in the game of basketball.

When did Grant Hill pursue his basketball career?

Who is Grant Hill married to?

Reflecting on his personal life, Hill is happily married to Canadian singer Tamia. The couple got married in July 1999 after being introduced by singer Anita Baker, in Detroit, Michigan, a few years earlier.

The couple has two children together, their first daughter Myla Grace Hill was born on January 23, 2002, and their second daughter Lael Rose Hill was born five years later on August 9, 2007.

How much net worth does Grant Hill earn?

Grant Hill has an estimated net worth of $250 million in 2019, including all of his properties and earnings. During his nearly 20-year career in the league, he was one of the highest-paid basketball players of all-time. He earned a $140 million salary and additionally received roughly $80 million in endorsements. He used to receive an annual salary of $8.5 million from his club. He is currently receiving an annual salary of $2 million as a sports show host on NBA TV’s NBA Inside Stuff.

How tall is Grant Hill?

The former NBA player and now NBA TV host stand at a height of 6 feet 8 inches and weighs around 102 kg. His other body measurements are yet to be disclosed. In the case of disclosure, we will let you know.

Our contents are created by fans, if you have any problems of Grant Hill Net Worth, Salary, Relationship Status, Married Date, Age, Height, Ethnicity, Nationality, Weight, mail us at [email protected]