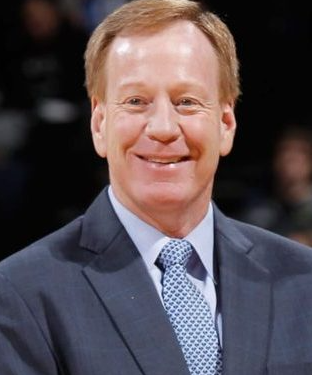 An American sports radio host from the USA is named for Grant Napear. He hosted “The Grant Napear Show” at KHTK Sports 1140 in Sacramento, California. Previously, he was the play-by-play announcer for the Sacramento Kings of the National Basketball Association (NBA). Moreover, he has been a guest host on The Jim Rome Show. His trademark phrase “If you don’t like that, you don’t like NBA basketball” has become a household reference among Kings fans, and NBA fans in general. Recently, he resigned from his play-by-play position with the Sacramento Kings on 2nd June 2020, after posting “All Lives Matter” on Twitter in a reply to former Kings player DeMarcus Cousins.

Grant Napear has resigned after tweeting “ALL LIVES MATTER” on Sunday in response to a question about Black Lives Matter. “I want to thank the fans for their overwhelming love and support,” Napear said in a statement Tuesday. “I will always remain a part of King’s nation in my heart.” Napear, who had called games for the Kings since 1988, was answering a question from former Sacramento star DeMarcus Cousins asking for his opinion on Black Lives Matter. “Hey!!!! How are you? Thought you forgot about me,” Napear responded. “Haven’t heard from you in years. ALL LIVES MATTER…EVERY SINGLE ONE!!!” He later apologized, telling The Sacramento Bee on Monday that he is “not as educated on BLM as I thought I was.” The tweet Sunday came as protests raged across the country following the death of George Floyd. Floyd, a black man, died last week in Minneapolis after Derek Chauvin, a white police officer, kneeled on his neck for more than eight minutes. “I had no idea that when I said ‘All Lives Matter’ that it was counter to what BLM was trying to get across,” Napear said. He also issued an apology on Twitter, writing in response to another user, “If it came across as dumb I apologize. That was not my intent. That’s how I was raised. It has been engrained in me since I can remember. I’ve been doing more listening than talking the past few days. I believe the past few days will change this country for the better!”

What is the birthplace of Grant Napear?

On 18th June 1959, Grant Napear was born. His birthplace/hometown is in Syosset, New York, the USA. He holds an American nationality and his ethnicity is American-White. His race is White. As per his education, he was graduated from Syosset High School in 1977 and earned his academic degree in broadcast journalism from Bowling Green University, where he also played lacrosse. His Zodiac sign is Gemini and his religion is Christian. As of 2020, he celebrated his 60th birthday. Details about his parents/family, siblings are unknown at present.

Who is Grant Napear’s Wife?

Grant Napear is a married man. He is married to his beautiful wife, Starr Napear on 25th May 2001. The duo is living in El Dorado Hills, California with their two sons/kids namely Trent and Chase. Trent, who is 16 years old, and Chase who is 14 years old, attend Oak Ridge High School and play sports. Trent, a junior, plays in the Trojans’ basketball program while Chase, a sophomore, plays in the school’s boys lacrosse program. In the spring of 2019, Chase was on the Oak Ridge junior varsity boys’ lacrosse team. Grant and his wife also have other children from their previous marriages. Starr is a professional repertoire who encompasses Nutrition, Wellness, Real Estate, Financial Services, Non-Profit Industries, and Coaching. Her talents include Analysis, Relationship Building, Marketing, Social and Print Media, Coaching, and Leadership. She’s also good at Goal and Relationship Management, Client Care, and Increased Productivity. As of now, the duo is enjoying their life and they are living a peaceful life.

How much is Grant Napear’s Net Worth?

Grant Napear is a famous American sports radio host. He is one of America’s best-known and loved journalists. He has earned a decent amount of money from his career. He has an estimated net worth of $15 Million as of 2020. His annual salary is estimated to be between $27,000 – $97,000 or an hourly average wage of between $4,000. This is per our average wage estimates for a journalist in the United States. His source of wealth is from hosting a career and he is satisfied with his earnings at present.

How tall is Grant Napear?

Being at the age of sixty, Grant Napear still looks very handsome with a charming personality and attractive attitude. He has a tall height of 6 ft 2 in or 1.88 m. His hair color is light brown and his eye color is blue. Whereas his other body measurements such as weight, bicep size, waist size and more is unknown. Overall, he has got a healthy body with a cool smile.

Our contents are created by fans, if you have any problems of Grant Napear Net Worth, Salary, Relationship Status, Married Date, Age, Height, Ethnicity, Nationality, Weight, mail us at [email protected]