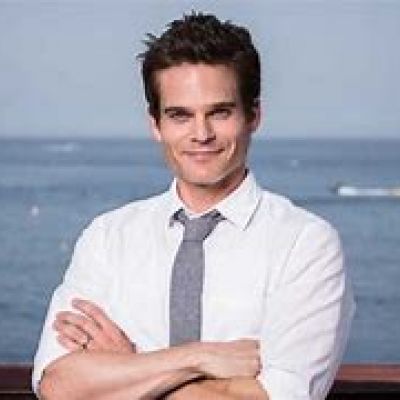 Greg Rikaart is an American actor who is widely recognized for playing the role of Kevin Fisher on the television soap opera, “The Young and the Restless”. He has been in the show since 2003 completing 16 years at the show. Rikaart has won a Daytime Emmy Award for Outstanding Supporting Actor in a Drama Series along with 6 nominations. Rikaart has also tested positive for the deadly ongoing global COVID 19 as he announced on his Instagram post on March 23, 2020.

What is Greg Rikaart Famous for?

Where was Greg Rikaart Born?

Rikaart was born as one of the 2 children of his parents Hendrick p. Rikaart(father) and Elaine(mother). He grew up on Staten Island, New York along with his sister, Keri. He graduated with honors from Villanova University in Pennsylvania in 1999.

While in college, he spent a semester in Washington, D.C., as an intern for a congressman on Capitol Hill. Later then he moved to Los Angeles, to pursue his career in acting.

Greg Rikaart began his professional career after he was landed with the role of an art student in the series, “Felicity” in 1999. Eventually, he was landed with several roles in series including “Strong Medicine”, “Gilmore Girls”, “Grounded for Life”, “That’s Life”, and “As If”.

Later in 2002, he got a recurring role as a homosexual student, David in drama series, “Dawson’s Creek” till 2003.

In 2003, he appeared in movies including “Prey for Rock & Roll”, “X2” and short movie, “Fake Stacy”. The same year, he got his lifetime breakout career after he was cast as Kevin Fisher on the CBS hit daytime television soap opera, “The Young and the Restless”. Later in 2017, he confirmed that he would be exiting the soap opera but he appeared back for a 2-week stint until 2018.

Who is Greg Rikaart Married to?

Greg Rikaart is married to his boyfriend, Robert Sudduth. Sudduth is a popular writer. Rikaart revealed of being in a committed relationship with Suddth in June 2013 posting a beautiful photograph with him in response to the 2013 United States Supreme Court decisions in favor of same-sex marriage equality.

They had been living safe and healthy in Los Angeles with their son and pets until their family caught up with the COVID 19. All other family members recovered except him who has been facing the hard experience of his life.

What is the Net Worth of Greg Rikaart?

The 43 years old Greg Rikaart has quite a great earnings through his professional career as an actor. Working in this field for over a decade, he has managed to amass a great fortune worth million dollars from his appearances in several TV series.

His estimated net worth is around $4 million.

How Tall is Greg Rikaart?

Greg Rikaart is a handsome man in his mid-40s. Rikaart has a well maintained athletic body physique. He stands tall with a height of 5ft. 10inches(1.78 m). He has a fair complexion with dark brown hair and green eyes.

Our contents are created by fans, if you have any problems of Greg Rikaart Net Worth, Salary, Relationship Status, Married Date, Age, Height, Ethnicity, Nationality, Weight, mail us at [email protected]