Peter Hayden Dinklage is an American actor and producer. He received acclaim for portraying Tyrion Lannister on the HBO television series Game of Thrones, for which he won the Primetime Emmy Award for Outstanding Supporting Actor in a Drama Series a record four times. 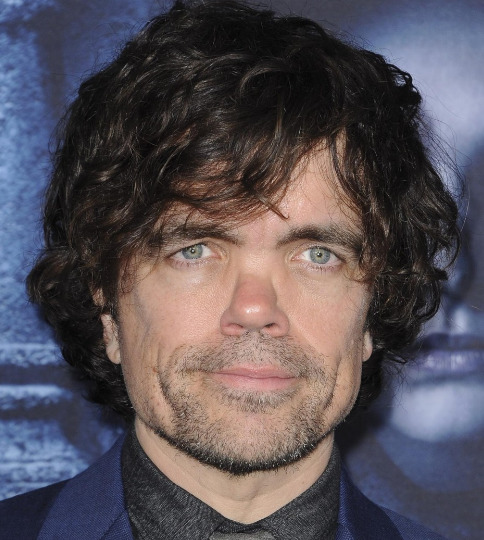 I waited a long time out in the world before I gave myself permission to fail. Please don't even bother asking. Don't bother telling the world you are ready. Show it. Do it.

[on his dwarfism] When I was younger, definitely, I let it get to me. As an adolescent, I was bitter and angry and I definitely put up these walls. But the older you get, you realize you just have to have a sense of humour. You just know that it's not your problem. It's theirs.

Any swagger is just defense. When youre reminded so much of who you are by people - not a fame thing, but with my size, constantly, growing up - you just either curl up in a corner in the dark or you wear it proudly, like armor or something. You can turn it on its head and use it yourself before anybody else gets a chance.

Peter Hayden Dinklage famed as Peter Dinklage is an American actor as well as a producer. His film debut was in Living in Oblivion (1995) and his breakthrough came with the comedy-drama The Station Agent (2003). Since then, he has appeared in many movies including Elf (2003), Find Me Guilty (2006), Underdog (2007), Death at a Funeral (2007), Penelope (2008), The Chronicles of Narnia: Prince Caspian (2008), X-Men: Days of Future Past (2014), Pixels (2015), and more. He appeared as Eitri in the Marvel Cinematic Universe film Avengers: Infinity War in the year 2018. Moreover, he has won four Primetime Emmys from eight nominations for the HBO television series Game of Thrones. Also, he achieved a Golden Globe in 2011.

Peter Dinklage was born as Peter Hayden Dinklage on 11th June 1969, in Morristown, New Jersey to John Carl Dinklage, an insurance salesman, and Diane Dinklage, a music teacher at an elementary school. He began noticing that he was suffering from Achondroplasia, which is one of the more common forms of dwarfism that exists in the world. Even though his teenage years were filled with frustration and anger due to his unusual condition, he became more tolerant and receptive once he entered adulthood. In his fifth grade, he got to play the lead role in one of his school dramas, ‘The Velveteen Rabbit.’ He continued to participate in the drama club until he graduated from ‘Delbarton School’ in 1987. He also took part in a number of different productions, while attending ‘Bennington College.’ He graduated in the year 1991. As of 2019, he celebrated his 50th birthday with his friends and families. His nationality is American and his ethnicity is White. His religion is Christian.

Peter has got a very handsome look with an amazing personality attracting a lot of people towards him. He is 4 feet 5 inches (135 cm) tall, with an average-sized head and torso but shorter than average limbs. His body weighs 50 kg. Besides these, he has light brown hair and green eyes. His other body measurements will be added soon. Overall, he has got a healthy body.

In the year 2005, Dinklage married Erica Schmidt, who is a theater director. In the year 2011, they were blessed with a daughter. They welcomed their second child in the year 2017. The couple has refrained from disclosing the name and gender of the child. As of today, the couple is living a happy life without any disturbances. They are enjoying their life a lot.

His ace was injured in the early 1990s when he was in a “punk-funk-rap” band called Whizzy. It gave him a scar that runs from his neck to his eyebrow. The accident happened while he was playing at the nightclub CBGB in New York City, where he was accidentally kneed in the face and then started bleeding on the stage. He described himself as a lapsed Catholic in 2008. He has been a vegetarian since the age of 16 and also he is an advocate for animal rights. He supports Farm Sanctuary and has served as the spokesperson for the organization’s Walk for Farm Animals. He also narrated the video Face your Food, a film on behalf of PETA advocating a vegan diet on ethical grounds. He has a form of dwarfism, achondroplasia, which affects bone growth.

Net Worth of Peter Dinklage

The net worth of this famous and successful actor will be surely in millions. As of 2019, his net worth is believed to have $10 Million but his salary is not revealed yet. There is no doubt in the mind of his follower that he will be earning a considerable amount of money from his career as of now. Overall, he is satisfied with his earnings. He might also be earning from other sources such as endorsements but his major source of earning is from his acting career.

Some of his movies are:

Our contents are created by fans, if you have any problems of Peter Dinklage Net Worth, Salary, Relationship Status, Married Date, Age, Height, Ethnicity, Nationality, Weight, mail us at [email protected]