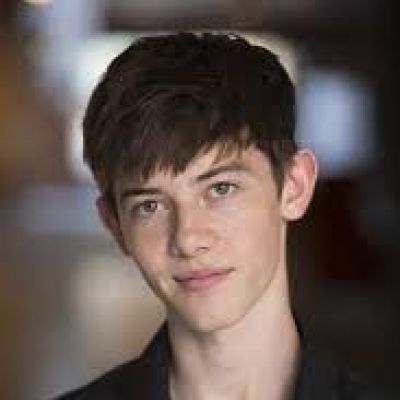 What is Griffin Gluck famous for?

Where was Griffin Gluck born?

Griffin Gluck was born in Los Angeles, California, the U.S. on August 24, 2000. His birth name is Griffin Alexander Gluck. He holds an American nationality and belongs to a Multiracial ethnic background. His zodiac sign is Virgo. He was born to father, Cellin Gluck who is a film director and producer and mother, Karin Beck who is a line producer. He has an older sister, Caroline Paris Gluck who is an actress. His paternal grandparents were Sumi Hiramoto (grandmother) and Jay Fred Gluck (grandfather) who was a prominent historian, archaeologist, and Japanophile. He is of Japanese and Austrian Jewish descent from his father’s side and of German, English, Scottish, Irish, and Polish ancestry from his mother’s side.

Currently, Griffin Gluck is living his single life. Previously, Gluck was in a relationship with Sabrina Carpenter who is a renowned singer and actress. They met each other for the first while filming the 2019 Netflix movie, “Tall Girl” and began dating.

Before the pandemic of COVID-19, Carpenter also accompanied Gluck to the New York premiere of his latest film “Big Time Adolescence” where the couple walked the red carpet separately but then got cozy together at the after-party. However, the couple got recently broke up but what led them to separate haven’t confirmed yet.

Once, Griffin Gluck had a romantic relationship with a girl named Natalie Jones.

Griffin Gluck has quite a good earning from his profession as a successful actor. He earns from his films and television shows. As of 2020, he has an estimated net worth of $2.6 million. His net worth expected to grow in the future as he is still active in his career.

Currently, Griffin Gluck is living in Los Angeles with his mother, father, and sister.

Our contents are created by fans, if you have any problems of Griffin Gluck Net Worth, Salary, Relationship Status, Married Date, Age, Height, Ethnicity, Nationality, Weight, mail us at [email protected]