Hans Christian Joachim Gram was a Danish bacteriologist noted for his development of the Gram stain, still a standard technique to classify bacteria and make them more visible under a microscope. 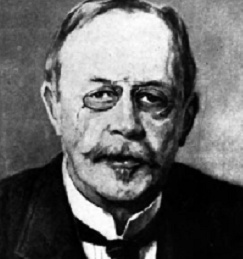 A Danish bacteriologist noted for his development of the Gram stain, still a standard technique to classify bacteria and make them more visible under a microscope is named for Hans Christian Gram. Overall, he is a very talented person.

Google is celebrating the 166th birth anniversary of microbiologist Hans Christian Joachim Gram with a doodle in his honor. Gram was born on September 13, 1853, in Denmark’s Copenhagen. Gram is best known for pioneering the method of the Gram stain to identify bacteria. The Danish microbiologist earned an M.D. from the University of Copenhagen in 1878. He then traveled through Europe between 1883 to 1885 studying pharmacology and bacteriology. Gram noticed that treating a heat-fixed smear of bacterial cells with a crystal violet stain, followed by an iodine solution and an organic solvent, revealed differences in the structure and biochemical function of various samples. Gram-positive bacteria remained purple because they have a single thick cell wall that is not easily penetrated by the solvent. While gram-negative bacteria decolorized because they have cell walls with much thinner layers that allow removal of the dye by the solvent. His discovery not only helps in the identification and classification of bacteria, but it also helps decide the treatment of bacterial diseases. For example, the antibiotic penicillin is active only against Gram-positive bacteria. As the cell walls of Gram-negative bacteria will not take up the Gram’s stain, it will not take up penicillin either. Pneumococci, which can cause many diseases, are classified as Gram-positive. He published these findings the very same year in a scholarly journal and included a modest disclaimer that his findings are defective and imperfect but he hoped it would turn out to be useful in the hands of future investigators.

Death of Gram, Cause of Death

Gram was born as Hans Christian Joachim Gram on 13th September 1853 in Copenhagen, Denmark. His nationality is Danish and his ethnicity is Mixed. He was the son of Frederik Terkel Julius Gram, a professor of jurisprudence, and Louise Christiane Roulund. Regarding his education, he studied at the University of Copenhagen and was an assistant in botany to the zoologist Japetus Steenstrup. His study of plants introduced him to the fundamentals of pharmacology and the use of the microscope. After that, he entered medical school in 1878 and graduated in 1883. He traveled throughout Europe between 1878 and 1885.

Gram was a very handsome person with a charming smile on his lips attracting a lot of people towards him. He has a perfect height matching to his perfect weight. Unfortunately, his exact details regarding his height, weight, and other body measurements is under review but it will be added soon.

Net Worth of Gram

The net worth of Gram has not been revealed yet and is still under review. There is no other information regarding his earnings and sources of earnings but it will be added soon.

Our contents are created by fans, if you have any problems of Hans Christian Gram Net Worth, Salary, Relationship Status, Married Date, Age, Height, Ethnicity, Nationality, Weight, mail us at [email protected]