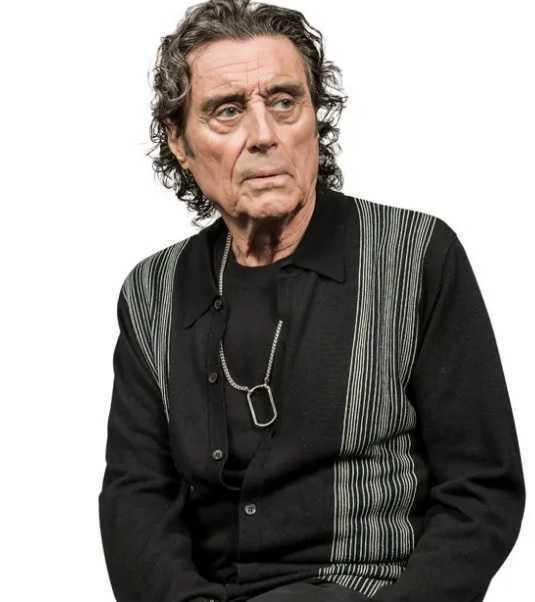 Ian David McShane, popularly known as Ian McShane is a British actor. He is known for his television roles in BBC series Lovejoy, HBO series Deadwood, and HBO film Deadwood: The Movie. He won the Golden Globe Awards and Television Critics Association Awards for his work in Deadwood.

What is Ian McShane Famous For?

Where was Ian McShane born?

Ian McShane was born on 29 September 1942. His birth name is Ian David McShane. He was born to a father, Harry McShane, and a mother, Irene Cowley. His birthplace is in Blackburn, Lancashire in England. He holds British nationality. He is of Irish, English, and Scottish descent. His zodiac sign is Libra. He grew up in Davyhulme, Manchester.

He attended Stretford Grammar School. He later studied at the National Youth Theater. He was also a member of NYT. After NYT, he joined the Royal Academy of Dramatic Art (RADA).

He appeared in his first film, The Wild and the Willing in 1962. He was still a student at RADA then.

He is best known for his title role in the BBC series, Lovejoy. He appeared in the series between 1986 and 1994.

His other major role is as Al Swearengen on the HBO series, Deadwood, where he appeared between 2004 and 2006.

He is set to appear in the film continuation of Deadwood, Deadwood: The Movie.

He had voice roles in Kung Fu Panda, The Golden Compass, Shrek the Third, Coraline, Bilal, and Here Comes the Grump.

He is also the main cast of the American fantasy drama television series, American Gods since 2017.

He starred in the 40th anniversary Broadway revival of The Homecoming in 2007 and 2008.

He has narrated the opening teases for each round of ESPN’s coverage of The Open Championships since 2010.

Who is Ian McShane married to?

Ian McShane is a married man. He is married to actress Gwen Humble. They got married on 30 August 1980. He lives in Venice Beach, California in the United States.

He previously married actress Suzan Farmer. They were married between 1965 and 1968. He later married model Ruth Post in 1970. He has two children, Kate, and Morgan with Ruth Post. They got divorced in 1976.

How Tall is Ian McShane?

Ian McShane stands at a height of 1.7 m i.e. 5 feet and 7 inches tall. His other body measurements are currently unavailable. He has blue eyes and his hair color is grey.

What is Ian McShane Net Worth?

Ian McShane earns from his acting career. He has appeared in numerous hit films. He has also appeared in numerous television series. He also owns a restaurant named “The Fat McShane Burger Chain” in London. He owns a luxurious car collection. As of 2019, his net worth is estimated at $10 million.

Our contents are created by fans, if you have any problems of Ian McShane Net Worth, Salary, Relationship Status, Married Date, Age, Height, Ethnicity, Nationality, Weight, mail us at [email protected]