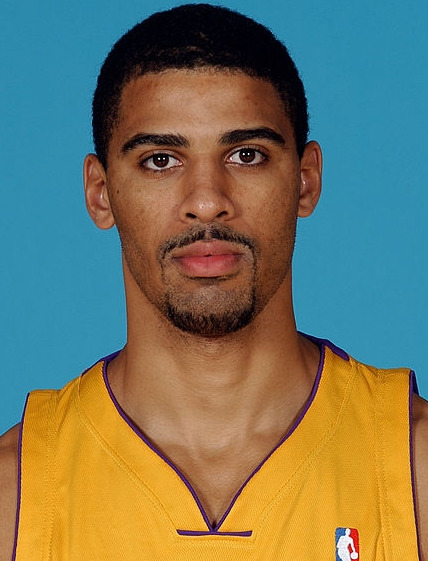 A famous assistant coach for the Philadelphia 76ers of the National Basketball Association (NBA) is known for Ime Udoka. Moreover, he is also a former professional basketball player who began his professional basketball career by playing in the NBDL with the Charleston Lowgators who drafted him with 39th overall pick in the 2002 NBDL Draft. He previously played for the Spurs for three seasons as a small forward. He also played internationally for the Nigerian basketball team and helped them win bronze medals at the 2005 and 2011 FIBA Africa Championships in Algeria and Madagascar. His jersey number/shirt number was 5, 8, 3. He was also honored with the ‘Jason Collier Sportsmanship Award’ in 2006 as a player. In June 2019, he was hired as an assistant coach of the Philadelphia 76ers.

Recently, Knicks owner James Dolan passed on one Nigerian basketball brain in Masai Ujiri to be president. Some feel Dolan should take a harder look at a Nigerian-American in Ime Udoka to be the head coach. Tim Shea, the former Knicks director of international scouting and assistant Olympic coach for Nigeria, says hiring Udoka would be a progressive move the club could use. Udoka, the former longtime Spurs player and assistant in his first season with the Sixers, is one of 10 Knicks coaching candidates not named Tom Thibodeau, the clear-cut favorite. Shea and Dozie Mbonu, GM of the Nigerian National team, have staged several conversations about how Udoka deserves to be an NBA head coach in these changing times. The NBA started the 2019-20 season with just eight Black head coaches. Moreover, Udoka is the brother-in-law of Knicks scout Makhtar Ndiaye, who was recently named GM of the Senegal National Team.

What is the birthplace of Ime Udoka?

On 9th August 1977, Ime Udoka was born in Portland, Oregon, the USA. His nationality is American-Nigerian and his ethnicity is Mixed. His race is Black. As of 2019, he celebrated his 42nd birthday. His birth name/real name is Ime Sunday Udoka. He was born to his parents; Vitalis Udoka (father) and his mother. Udoka’s father, who is of Akwa Ibom descent, was born in Nigeria, which qualified him for Nigerian citizenship. His mother, who died in late 2011, was an American from Illinois. His older sister Mfon used to play in the WNBA. His Zodiac sign is Leo and his religion is Christian. As of his education, he attended Jefferson High School and later attended San Francisco and Portland State for college.

As an assistant coach:

Who is Ime Udoka Engaged to?

Ime Udoka is not married yet and he is still to get married. But he is engaged at present with his long-time girlfriend Nia Long. There are not any ups downs in his personal life. Since 2010, the duo is dating each other. In November 2011, Udoka’s girlfriend, Nia Long gave birth to their first child, Kez Sunday Udoka. The couple became engaged in May 2015. Long has another son from her previous relationship with Massai Dorsey. Despite this, there is no problem with Ime Udoka. Their relationship is going stronger with the passage of time. They both are busy in their career. They have not decided to get married. Their relationship is depending on mutual trust and understanding. His sexual orientation is straight and he is not gay.

What is the Net Worth of Ime Udoka?

Ime Udoka is a famous assistant coach for the Philadelphia 76ers of the National Basketball Association (NBA). Prior to this, he is a former basketball player. With his career in the sports field (basketball), he has accumulated a huge amount of money until now. His salary has helped him to maintain a pretty amount of bank balance. As of 2020, the net worth of Ime Udoka is believed to have $11.5 Million whereas his salary as a player was $3.9 million previously. At present, his salary is still to get unfold yet. His major source of earning is from a coaching career. At present, he is satisfied with his earnings and he is living a luxurious lifestyle from the earnings he made.

How tall is Ime Udoka?

Ime Udoka is a very handsome and cool person with a charming personality attracting a lot of people towards him. With an athletic body build, he has got a tall height of 2.01 m or 6 ft 7 in. His balanced body weight consists of 215 lb or 98 Kg. His eye color is brown and he has got a very tiny black hair. He has got well-maintained body measurements. Overall, he has got a healthy body at present.

Our contents are created by fans, if you have any problems of Ime Udoka Net Worth, Salary, Relationship Status, Married Date, Age, Height, Ethnicity, Nationality, Weight, mail us at [email protected]