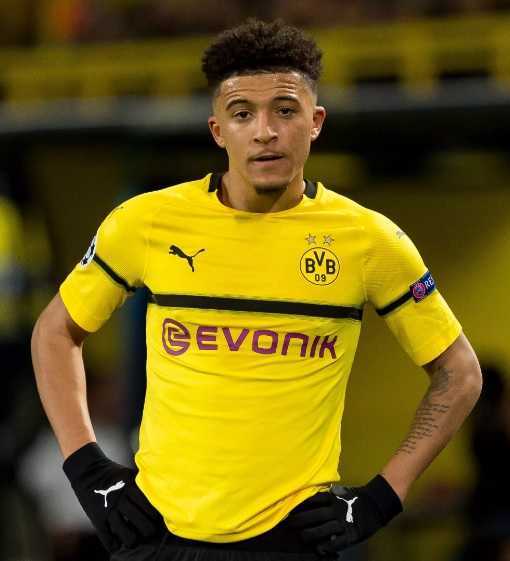 What is Jadon Sancho Famous For?

Where was Jadon Sancho Born?

Jadon Sancho was born on 25 March 2000. His birth name is Jadon Malik Sancho. His birthplace is in Camberwell in England. He holds English nationality. His parents are from Trinidad and Tobago. He grew up in Kennington.

He joined the youth system of Watford at the age of seven in 2007. He attended Harefield Academy there. He later moved to the Manchester City youth system in March 2015. He signed with the club for an initial fee of 66,000 pounds under the EPPP, potentially rising to 500,000 pounds with add ons. He had a dispute with the club over assurances of playing time for the senior team in his new contract. Thus, he left Manchester City to join the German club Borussia Dortmund.

He joined the German club Borussia Dortmund on 31 August 2017. He signed with the club for a reported fee of 8 million pounds.

He made his Bundesliga debut for the club against Eintracht Frankfurt on 21 October 2017. He came on in as a substitute becoming the first Englishman to play a Bundesliga match for Dortmund.

He scored his first professional goal on 21 April 2018 against Bayer Leverkusen. He made two assists in the same match.

He was named Bundesliga Player of the Month for the month of October 2018.

He scored two goals against Hertha BSC and became the first player born in the 2000s to score twice in a single Bundesliga match and also the youngest ever by a Dortmund player.

He became the youngest-ever player to score eight goals in a single Bundesliga season in February 2019.

In the same month, he surpassed Lukas Podolski to become the youngest player to score nine Bundesliga goals. He was 18 years and 336 days old.

He became the youngest-ever Dortmund player to score at least 10 goals in a single season in April 2019.

He has represented England U16, U17, and U19 national team before making his senior debut in 2018.

He was named player of the tournament in the UEFA European U17 Championship.

He made his senior debut for England national team against Croatia on 12 October 2018. He came on in as a substitute at the 78th minute. The match ended 0-0.

UEFA European Under-17 Championship Team of the Tournament: 2017

Bundesliga Player of the Month: October 2018

Bundesliga Goal of the Month: February 2019

Who is Jadon Sancho Dating?

There is no information regarding his personal life. He is very young to be married. However, he might be dating someone. He is more focused on his football career.

What are Jadon Sancho Body Measurements?

What is Jadon Sancho Net Worth?

Jadon Sancho earns from his football career. He is a young and aspiring football player. The young talent was signed by German club Borussia Dortmund for a reported fee of 8 million pounds. His talent on the football ground will surely earn him good fortune in the coming years.

Our contents are created by fans, if you have any problems of Jadon Sancho Net Worth, Salary, Relationship Status, Married Date, Age, Height, Ethnicity, Nationality, Weight, mail us at [email protected]