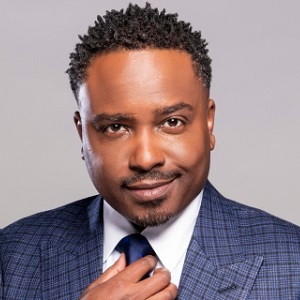 Jason Weaver is an American actor and singer, known for his appearances in, The WB series, Smart Guy. He is also known by his stage name J-Weav.

Where was Jason Weaver born?

Jason Weaver was born Jason Michael Weaver, on July 18, 1979, in Chicago, Illinois, US. His birth sign is Cancer. As of 2020, he is 41 years old. He was born to a mother, Kitty Haywood, who is an R&B singer, as well as a member of vocal group Kitty & the Haywoods, father, Lincoln Weaver.

When did Jason Weaver start his Acting Career?

Jason Weaver started his career in the Tv Series, Brewster Place, role as Matthew Thomas, in 1990. In the same year, he debuted in the movie, The Long Walk Home. From 1993-1994, he played in the comedy series, Thea.

He gets famed after appearing in the Tv series called ‘Smart Guy‘. In which he portrayed the role of Marcus Henderson. He featured in several movies throughout his acting career. Some of them are Drumline, The Ladykillers, ATL, Love for Sale, Lottery Ticket, etc. In 2o20, he played in the comedy-drama Boomerang, as a Curtis.

What about his Musical Career?

On June 27, 1995, his first debuted album, Love Ambition was released. This album was released through Motown Records. It includes about nine songs among them ‘Call on Me and ‘I Can’t Stand the Pain’ was his Singles released. In 1996, he dropped his EP titled, Stay with Me. He also sings in Walt Disney Feature Animation’s film, The Lion King, in 1994.

Has Jason Weaver received any Awards?

In 1993, Weaver won Young Artist Award, for the  Mini-Series, The Jacksons: An American Dream. Again, in 1995 he received the same award from the movie, The Lion King, for Best Performance by a Young Actor in a Voiceover.

How tall is Jason Weaver?

Jason Weaver is 5 feet 11 inches tall and weight is around 70 kg. He has black hair and dark brown eyes.

He is active on Instagram with the id ‘itsJasonweaver’. Jason has 252 k followers and about 7 k posts are uploaded already. He also has a Twitter Account that holds 27.5 k followers. He joined the Twitter community in May 2009.

Jason’s net worth is approximately $4 million. He is a good singer as well as an American actor.  he earns a good sum of money through his acting and musical career. His combined average salary is between $60 k to 150 k.

Is Jason Weaver is in a Relationship?

He is a married man. After dating several years, he tied a knot with Myra Weaver. Like her mother, his wife Myra is also one of the members of the female vocal band, Kitty & the Haywoods.  Together, they have two sons. His first child’s name is Jaylen Zylus. He has not disclosed any information about his other child. Jason

Our contents are created by fans, if you have any problems of Jason Weaver Net Worth, Salary, Relationship Status, Married Date, Age, Height, Ethnicity, Nationality, Weight, mail us at [email protected]