Joseph A. Buttafuoco is an auto body shop owner from Long Island who had a sexual relationship with a minor, Amy Fisher, who subsequently shot his wife, Mary Jo Buttafuoco, in the face. Tabloid news coverage labelled Fisher the "Long Island Lolita". 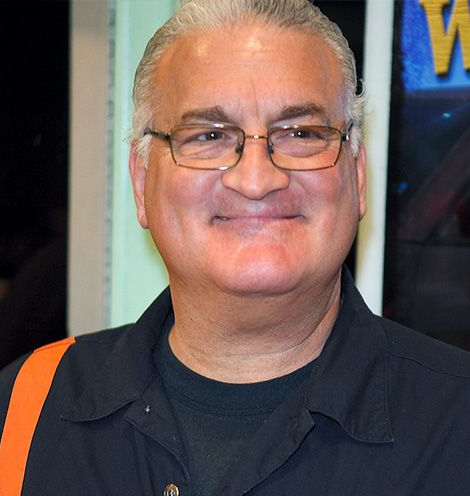 Joey Buttafuoco is an automobile repair shop owner whose life changed after he had sex with a minor as he became famous certainly after his wife, Mary Jo Buttafuoco was shot on the face by his 17-year old mistress, Amy Fisher. Buttafuoco became the fixture of tabloid columns and late-night comedy jokes because of the incident. Also, Buttafuoco is known for his appearance on comedy shows and Fox’s “Celebrity Boxing”.

What is Joey Buttafuoco famous for?

Where is Joey Buttafuoco from?

Joey Buttafuoco was born on March 11, 1956, in Massapequa, New York, United States. His birth name is Joseph A. Buttafuoco. His nationality is American. Buttafuoco belongs to White ethnicity while Aries is his zodiac sign. Buttafuoco was raised in an American and Italian household in his hometown where he attended Massapequa High School.

How did Joey Buttafuoco become Famous?

Joey had been in a relationship with Amy Fisher who was a high school student at the moment when Joey met her for the first time. Fisher was just 16 and Joey was 37 already when they met for the first time at Joey’s auto body shop.

Fisher had been having a sexual relationship since July 1991 with him so soon she became mad in love with Joey and felt jealous of the presence of his then-wife, Mary for whom she concocted a plan to kill her. Fortunately, Mary was alive but she was paralyzed on half of her face and partially deaf. Amy was dubbed the “Long Island Lolita” by tabloid media at the time.

The moment the investigation began, it caught the national attention who sensationalized the violent love triangle. All of the three real characters of the real incident became famous and got fame and popularity.

However, on November 8, 2019, Joey acknowledged to ABC News that his relationship with Fisher had been inappropriate.

After Fisher’s assault conviction, Buttafuoco was indicted on 19 counts of statutory rape, sodomy, and endangering the welfare of a child. He was sentenced to six months’ jail time and was released after serving four months and nine days of the sentence.

After he was released from prison, in the heart of rising fame, Buttafuoco and his wife, Mary appeared in several TV shows including “Larry King Life”, “Lingerie Bowl” and “Judge Pirro”.

Joey Buttafuoco established himself as an actor after he starred in films and series like “False Reality”, “Operation Repo: The Movie”, “Mafia Movie Madness”, “Son of the Beach”, “The Underground Comedy Movie”, “Better Than Ever”, “Lord of the Freaks”, “Judge Alex”, “Judge Jeanine Pirro”, “Howard Stern”, “The Godson”, “The Daily Show”, “Cul-de-Sac”, “Perversions of Science” and “Finding Forrester”. Buttafuoco has appeared in altogether 12 films to date.

In 2002, Buttafuoco participated in Celebrity Boxing and eventually won the fight in a majority decision. Besides, his name Buttafuoco served as a punchline for many of David Letterman’s jokes on the popular show, “Late Night with David Letterman”.

In 2017, Joey and Amy’s husband got into a fistfight which turned to the limelight. Currently, Joey is working on a movie about his early life.

Who is Joey Buttafuoco Married to?

Joey Buttafuoco was previously married to his first wife, Mary Jo Buttafuoco. The couple got married on September 4, 1977. They together have two children: a son, Paul and a daughter, Jessica Buttafuoco. But during the marriage, Joey also had an affair with Amy Fisher, ‘Long Island Lolita’. Because of which Amy tried coming in between the couple but she couldn’t separate them though she tried killing her as well.

However, living for around 18 years together, on February 3, 2003, Mary and Joey got divorced after Mary filed for the divorce. Mary is now an independent woman who has written a book titled “Getting It Through My Thick Skull: Why I Stayed, What I Learned, and What Millions of People Involved with Sociopaths Need to Know”.

Later, Buttafuoco married his second wife, Evanka Franjko. Evanka and Joey got married on March 5, 2005, but soon in 2007, Evanka filed a divorce but she withdrew the petition.

What is the net worth of Joey Buttafuoco?

Joey Buttafuoco has quiet good earning through his career as an owner of the automobile shop. Buttafuoco has managed to amass a fortune worth million dollars through his appearance in shows, movies as well. His current estimated net worth is around $2.5 million.

How Tall is Joey Buttafuoco?

Joey Buttafuoco has a maintained average body physique. Buttafuoco stands tall with a height of 5ft. 11inch.(1.8m) while his body weighs around 85kg(187 lbs). He has a fair complexion with white hair and brown eyes.

Our contents are created by fans, if you have any problems of Joey Buttafuoco Net Worth, Salary, Relationship Status, Married Date, Age, Height, Ethnicity, Nationality, Weight, mail us at [email protected]